With Batman there are a lot more titles than there are with Superman.Â  Back around the time of the death of Superman storyline, there were four Superman titles each month, and they even added a fifth for the months when there would be a fifth Wednesday for a few years.Â  Now it seems that Batman has become the most popular DC comics character, if I base that thought on the number of Batman titles alone.

In this entry I’m going to only feature the primary Batman titles.Â  The next post will be about the Batman family titles, featuring characters that are spinoffs of the Batman universe. 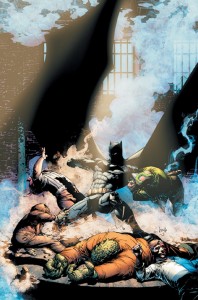 As with Action Comics #1 being the first restart since 1938, this is the first Batman #1 since 1930. In the series, Bruce Wayne once again becomes the only character taking on the Batman name. 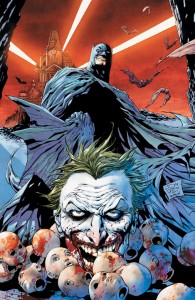 This is the title that DC took its’ name from.Â  This is also the first restart of the Detective Comics line since it first started. Not only that, but it’s the first time that Batman will appear in a debut issue of Detective Comics.Â  The series will find Bruce Wayne on the trail of a dangerous serial killer known only as the Gotham Ripper. 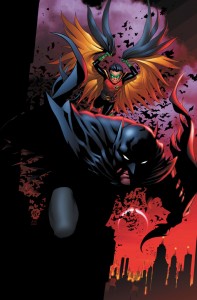 Batman and Robin is a series that I had collected most of, and this reboot takes things back to square one.Â  It teams up Bruce Wayne’s Batman with the latest Robin – Damien.Â  This series will follow the family dynamic of the superhero duo, as Damien is Bruce’s son. 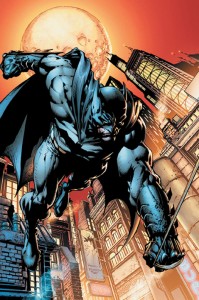 This series appears to be the darkest of the Batman titles, which DC says is “a twisted adventure that pulls Bruce Wayne deep into the halls of the famed Arkham Asylum, a jail for Gotham Cityâ€™s most dangerous and criminally deranged.”Â  It reminds me a bit of the Arkham Asylum video game.