It’s no secret that, beginning in September with the end of Flashpoint, DC Comics is going to be starting a total of 52 comics over at #1 including many very iconic comics.Â  Here, I’m going to list the ones that I find the most intriguing or that I’m going to continue to read.Â  We’re going to start with the Superman titles that I plan on picking up (at least for the first issue). 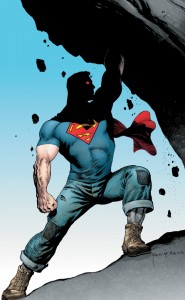 This is the first Action Comics #1 since the title first released in 1938 and features Superman defending a world that doesnâ€™t trust their first Super Hero.Â  I’m interested in seeing the direction that this goes, as it seems to imply that Superman is, at least in this comic, the lone hero in the world.

Superman: The Man of Tomorrow #1 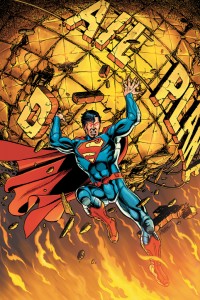 It’s hard to figure out what they’re actually going to title this comic.Â  It’s possible that it’ll just be called “Superman,” but writer George Perez himself called it “Superman: The Man of Tomorrow” on his blog.Â  Of this title, DC comics poses the following questions: What is Supermanâ€™s startling new status quo? How does it affect his friends, loved ones and his job at The Daily Planet? 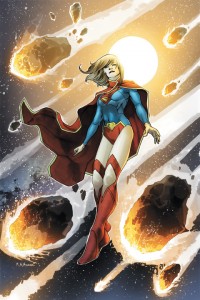 Supergirl is a title that I read way back when they rebooted it in the mid-1990s.Â  It’s a character that has gone though many changes and many personas.Â  This time it looks like she may be some kind of anti-hero, or at least apathetic toward humanity.Â  Supergirlâ€™s got the unpredictable behavior of a teenager, the same powers as Superman and none of his affection for the people of Earth. 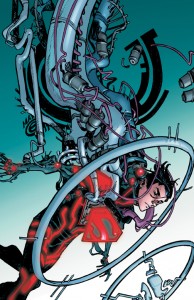 Superboy is one of the characters to come from the death of Superman.Â  I read a lot of the series that spun out of that, as well as Young Justice.Â  I lost track of the character and found out later that there were some legal issues with the name, so for a while he went by Superman Prime.Â  Now those issues are over and there’s a currently running Superboy title which is going to be quickly replaced with this new starting point.Â  One of my favorite writers, Scott Lobdell, is writing the series and this is the premise: They thought he was just a failed experiment, grown from a combination of Kryptonian and human DNA. But when the scope of his stunning powers was revealed, he became a deadly weapon.

2010 Text Update: The above image is one of the greatest images created in tribute to the heroes of 9/11.Â  The firefighters, the police officers, the doctors and nurses, the rescuers and the everyday men […]

The Chronicles of Narnia, Superman Returns, Fantasia and more to release on Sony’s Blu-Ray Disc format read more | digg story More from my siteDisney’s Ultimate Plan: The road to Muppet Babies on DVD and […]