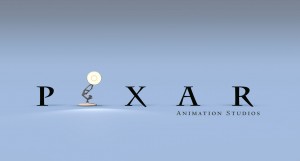 Most of us want to write a book, a feature film, tv show, or comic book some day. However, there are many rules for writing that can keep us from moving forward, or even picking up a pen and paper to start writing. Reading through the rules provided here has the opposite effect. Keeping these things in mind can inspire you to actually give it a shot. To take a chance and dive in to your story, and to get to know your characters.

Former Pixar storyboard artist Emma Coats provided a glimpse into her own creative process via twitter, and I’ve listed 25 rules for story construction. I’m also including examples of how these rules can be applied, or were applied, in various movies. At least where I think it can add some value.

#1: You admire a character for trying more than for their successes.

In Cars, we watch as Lightning McQueen fails, while trying to win some races. We also watch as he fails at being a good friend to people. But we also see him have a change of heart, and really try to be that friend. This makes McQueen into a character that we can admire. In Toy Story, we watch as Buzz Lightyear tries to fly. It is in that moment that our feelings for the character are elevated. If either of these characters had merely been able to succeed without failing or hardship, it would be an emotionless experience, like watching someone play a video game where nothing challenged their skills.

#2: You gotta keep in mind whatâ€™s interesting to you as an audience, not whatâ€™s fun to do as a writer. They can be v. different.

This one is harder to find an example for, as Pixar does a great job of making their movies interesting to the audience. However, an example from another perspective would be the Star Wars prequels. Specifically, the pod race in The Phantom Menace. George Lucas is a very big fan films like Ben-Hur, and wanted to create a scene as an homage to that film. It was fun for him as a writer, but for us in the audience, it’s one of those scenes that people tend to skip.

#3: Trying for theme is important, but you wonâ€™t see what the story is actually about til youâ€™re at the end of it. Now rewrite.

The original Toy Story started out fairly different than it wound of being when it finally hit the big screen. Woody was kind of a big marionette with a bad attitude, and Buzz was much smaller. As we all know, Woody became a pull-string stuffed toy, and Buzz was made into a full-size space toy that could match up with Woody well in size. Woody’s attitude was also changed into someone that is more lovable.

Once upon a time there was a boy named Andy who had a great cowboy toy named Woody. Every day, Andy had adventures with Woody and the other toys, as he played with them. One day Andy has a birthday party. Because of that, he gets a new toy named Buzz Lightyear. Because of that, Woody gets displaced as Andy’s favorite toy, which leads to Woody trying to regain his place as Andy’s favorite. Until finally Woody and Buzz have to work together and become great friends.

#6: What is your character good at, comfortable with? Throw the polar opposite at them. Challenge them. How do they deal?

#7: Come up with your ending before you figure out your middle. Seriously. Endings are hard, get yours working up front.

#8: Finish your story, let go even if itâ€™s not perfect. In an ideal world you have both, but move on. Do better next time.

#9: When youâ€™re stuck, make a list of what WOULDNâ€™T happen next. Lots of times the material to get you unstuck will show up.

#10: Pull apart the stories you like. What you like in them is a part of you; youâ€™ve got to recognize it before you can use it.

#11: Putting it on paper lets you start fixing it. If it stays in your head, a perfect idea, youâ€™ll never share it with anyone.

#13: Give your characters opinions. Passive/malleable might seem likable to you as you write, but itâ€™s poison to the audience.

#14: Why must you tell THIS story? Whatâ€™s the belief burning within you that your story feeds off of? Thatâ€™s the heart of it.

#15: If you were your character, in this situation, how would you feel? Honesty lends credibility to unbelievable situations.

#16: What are the stakes? Give us reason to root for the character. What happens if they donâ€™t succeed? Stack the odds against.

#18: You have to know yourself: the difference between doing your best & fussing. Story is testing, not refining.

#20: Exercise: take the building blocks of a movie you dislike. How dâ€™you rearrange them into what you DO like?

#21: You gotta identify with your situation/characters, canâ€™t just write â€˜coolâ€™. What would make YOU act that way?

#22: Whatâ€™s the essence of your story? Most economical telling of it? If you know that, you can build out from there.

#23: When you’re committed to writing something, figuring out the beats & working out the problems can save time.

#24: When you’re playing around with an idea, it’s often better to just start writing â€” puzzling out beats is part of the fun of finding it.

#25: There’s always time later to fix things, if it’s your own project… don’t lose interest just cause you’ve figured the plot out!