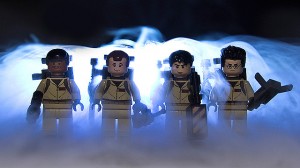 Before I sawÂ The LEGO Movie, I would have thought this was the worst idea that I’ve heard forÂ Ghostbusters 3. According to a tweet from Nikki Finke, who seems to get a lot of factual scoops sent to her, directors Phil Lord and Chris Miller may be circling the director’s chair on the third film. I’ve not seen their work onÂ 21 Jump Street, andÂ 22 Jump StreetÂ doesn’t look like a movie that I would enjoy, based only on footage from the trailer. I’m sure that some people will enjoy it, but the content is not something that I care to see.

However, the script isn’t up to them. It’s been written by Etan Cohen and Dan Aykroyd (as far as I know, that’s the latest script), and will be produced by Ivan Reitman and Dan Aykroyd with a goal of capturing the feel of the original films. So there’s hope that it won’t go over-the-top in the way that theÂ 21 Jump Street films appear to have gone.

And don’t forget, LEGO has a Ghostbusters set coming this year.