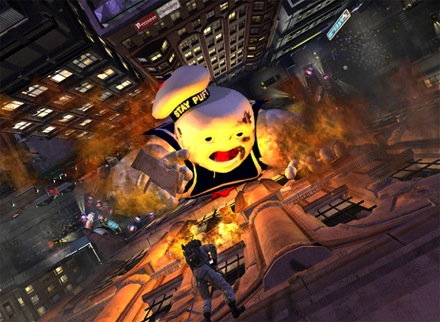 Atari, one of the world’s most recognized video game publishers, announced today that the highly anticipated Ghostbusters: The Video Game is set to release across North America on June 16, 2009 followed by the worldwide release on June 19th. Working closely with Sony Pictures Consumer Products and acclaimed development studios Terminal Reality and RedFly, Atari will bring this completely all-new chapter of the blockbuster Ghostbusters saga to advanced gaming platforms coinciding with the 25th anniversary celebration of the film’s original theatrical release. Ghostbusters: The Video Game, based on the smash hit motion picture franchise, is penned by original Ghostbusters writers and stars Harold Ramis and Dan Aykroyd and reunites many of the original cast members to recapture the unique blend of humor and fright that established Ghostbusters as a pop culture sensation. In addition, the game will also launch Tuesday, June 16, 2009 with Sony Pictures Home Entertainment’s worldwide debut of the original motional picture on Blu-ray Disc(TM). 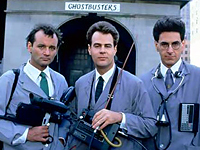 In addition to Aykroyd and Ramis, original Ghostbusters Bill Murray, and Ernie Hudson lend their voices and in-game likenesses to the original story set two years after Ghostbusters II, with Manhattan once again overrun by ghosts and supernatural forces. The player joins up as a new recruit with the original team, testing a variety of unique equipment and gadgets, to track, wrangle and trap this wide range of awe-inspiring phantasms in an all new funny and frightening battle to save New York City from its latest paranormal plague.

Atari will release Ghostbusters: The Video Game for the PLAYSTATION(R)3 computer entertainment system, PlayStation(R)2 system, the Xbox 360(R) video game and entertainment system from Microsoft, Games For Windows(R), Wii(TM) and Nintendo DS(TM). The launch will also leverage Atari’s worldwide distribution network to maximize the presence of Ghostbusters: The Video Game around the globe as Sony marks the film’s upcoming 25th anniversary. For more information on Atari’s entire line up visit www.atari.com.

Ghostbusters and Ghostbusters II combined to gross over $500 million world-wide at the box office. The film spawned some of the most memorable comedic catch-phrases and scenes in motion picture history. To further celebrate the film’s 25th anniversary milestone this year, Sony Pictures Consumer Products has licensed the property for several new commemorative products including: toys, t-shirts, comic books, prop replicas, and a theme park attraction. In addition, the original Ghostbusters car (Ecto-1) has been fully restored with plans for special promotional appearances throughout the US and additional replicas touring across Europe. The Blu-ray Disc release of Ghostbusters will see unsurpassed picture and audio quality and advanced new bonus features including Slimer Mode, a picture-in-picture graphical viewing experience, a featurette on the refurbishing of Ecto-1, and more.

When Manhattan is once again overrun by ghosts and other supernatural creatures, players will take on the role of a new recruit joining the famous Ghostbusters team. Developed by acclaimed studio Terminal Reality, Ghostbusters: The Video Game will make its debut on the PLAYSTATION(R)3 computer entertainment system, Xbox 360(R) video game and entertainment system from Microsoft and Windows PC. The PlayStation(R)2 computer entertainment system version and the Wii version are being developed by Red Fly Studios, and the Nintendo DS(TM) version, in which the player takes the role of one of the Ghostbusters themselves, is developed by Zen Studios. The PLAYSTATION 3, Xbox 360, Wii, and PC versions of the game are developed using Terminal Reality’s phenomenal proprietary Infernal Engine technology.

Ghostbusters 3 to shoot this fall?

Wow! I just decided to check out some movie news, and found something that got me very cautiously excited. When I read it, I didn’t believe it. I still sort of think that I’m only […]

Ghostbusters: The Other Side #1: Review