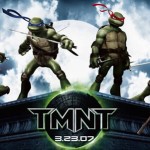 Since last fall’s purchase of the Teenage Mutant Ninja Turtles rights by Paramount, the future of the film series has been in the air.Â  Now we have some idea of where it is going, just not what it’ll look like when it finally hits the big screen in a couple of years or so.Â  Paramount made a first look deal with the partners in Platinum Dunes, a company created to generate genre films as well as expand their scope.

The most interesting part of the deal is who makes up the partners in Platinum Dunes: Brad Fuller, Andrew Form and Michael Bay.Â  Yes, the same Michael Bay who is busy working on Transformers 3.Â  Apparently there is a meeting set in the next few weeks with writers for the project.

I can see how Michael Bay and Transformers was a good fit, but Michael Bay and TMNT?Â  That’s a mystery that remains to be seen.Â  He’s not the likely candidate to direct the film, but there isn’t a director list put together yet, at least in the public.

What would TMNT look like with Michael Bay at the helm?Â  What concerns me is what would become of the character of April O’Neil.