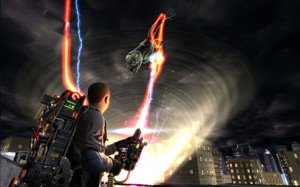 Sony has done it again, and made me happy that I have never owned a Playstation. In short, just so that everything is clear:

In NTSC regions such as the United States, Atari is handling distribution of the game, and it WILL be released on time on ALL consoles on June 16th.

In PAL regions such as the United Kingdom, Sony is handling distribution of the game and ONLY releasing it on PS3, PS2 and PSP on June 19th, and Wii, DS and 360 in Fall 2009.

Sony has a history of bad moves like this.After they announced the Extremely high price models of the PS3 of $500 and $600, their head Ken Kutaragi had this to say:

“This is the PS3 price. Expensive, cheap — we don’t want you to think of it in terms of game machines. Because the PS3 is like nothing else.

For instance, is it not nonsense to compare the charge for dinner at the company cafeteria with dinner at a fine restaurant? It’s a question of what you can do with that game machine. If you can have an amazing experience, we believe price is not a problem.

Read between the lines, folks. What he is actually saying is this. “We want you to think of the PS3 how we want you to think about the PS3. Not as a game machine, but something more than that. And we offer experiences that can not be found on previous game machines. And we believe that our fans are idiots that are willing to pay whatever price we set for a gaming system.”

We aren’t stupid, Sony, and no system of yours has ever been groundbreaking, period. Every big groundbreaking event in gaming in the last thirty years can be traced to one company alone: Nintendo. I defy anyone to prove me wrong.

‘With our colleagues at Sony Computer Entertainment Europe publishing Ghostbusters: The Video Game, we are thrilled by the dynamic new Ghostbusters game. We think it will have tremendous appeal to gamers and we can’t think of a better way to celebrate the 25th anniversary of this beloved franchise.’Â said Mark Caplan, Vice President of Licensing-Interactive for Sony Pictures Consumer Products. ‘With this superb game launching alongside the Blu-ray release, we will reach existing fans and the next generation, bringing them all into the irresistible Ghostbusters universe.’Â (2)

Now, let’s look at that quote again with what he is really saying.

‘…We think it will have tremendous appeal to [Sony] gamers and we can’t think of a better way to celebrate the 25th anniversary of this beloved franchise [than to release the game only to fans that have one of our consoles].’ said Mark Caplan, Vice President of Licensing-Interactive for Sony Pictures Consumer Products. ‘With this superb game launching [on PS2, PS3 and PSP] alongside the Blu-ray release, we will reach existing fans [that are among the 10 million (3) fans that purchased a PlayStation 3 in PAL regions] and the next generation, bringing them all [to stores to buy our overpriced hardware] into the irresistible [heh! see what I did there?] Ghostbusters universe.’

It’s a dang good thing that Atari has the distribution license here in the United States. Sony, I love that your Motion Pictures division is creating Ghostbusters 3, but why have you not even listened to the life-blood of the series: Dan Aykroyd? He prefers the Wii version of the game, as he told Newsweek:

Honestly, I love the way we look in the Wii platform, because it resembles the animation that was done in “The Incredibles.” Anybody who looks like an Incredible is automatically a superhero. And I was so pleased that they shaved off at least 60 pounds from my current bulk. The boys look good. We resemble the actors who were in the first movie. You wouldn’t want us out there looking as we do today. But in the third movie we will! There, we’ll have the benefit of passing the torch to a new generation. Much prettier and much better looking, like Alyssa Milano. (4)

Why are you ignoring the fact that you have lost this generation of gamers? Why are you being ignorant of your legion of fans that doesn’t have a Sony console, or even want one. I think that while it’s being looked at as great marketing for Sony’s consoles, it’s really not being fair to the Ghostbusters franchise, as it is limiting the reach that the game will have for a while, and the franchise is still unproven as far as making a come back. It’s a good thing it’s releasing on Wii, 360 and DS over here at the same time as the Sony versions of the game. It’s Sony’s choices like this that remind me why I don’t purchase their consoles.

This is something that I’ve been hoping for, ever since discovering Lego Cuusoo many years ago. Â I never actually thought it would happen, though. Â There were many Ghostbusters projects on the site, mostly featuring Ecto-1 […]

Who should direct Ghostbusters 3?

A couple of websites have chimed in with their thoughts on different directors taking on Ghostbusters 3. Now that it is actively being written, and Sony has put it on their 2011 film slate, this […]