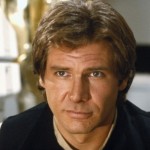 The scoundrel.Â  The smuggler.Â  The over-confident anti-hero.Â  Han Solo and Lando Calrissian are two characters from the original trilogy that helped to make the Star Wars universe what it is today.Â  They were the characters that we could relate to most, as they were on the outside of the force.Â  They were out bridge into that world.Â  These characters were the cowboys that would ride from town to town, and either wind up running things, like Lando, or they’d be a mercenary for hire, like Han.Â  And they could not be found in the prequel trilogy.

This is a character that could have brought a bit more heart to the story, with a big personality and a no-nonsense attitude.Â  It would have been our look at what the Clone Wars were doing to the rest of the universe from the perspective of an outsider that is now somehow getting involved in the war.

Instead, we got a group that would be the equivalent of Luke Skywalker, Obi-Wan Kenobi and Princess Leia in the lead roles, without Han Solo or Chewbacca.Â  It really showed.

I’d heard somewhere that Jar Jar Binks was originally intended to be a Chewbacca like side-kick for the Jedi, owing a life-debt in the same way that Chewie owes Han.Â  He was also supposed to speak an alien language that Obi-Wan Kenobi would understand in the same way that Han could understand Chewie.Â  I wonder if this Binks would have been more accepted than the version that we got.

Part of the problem is, with the story of the prequels, where would this character come from?Â  Who would it be?Â  How could they fit in?

There are multiple characters that could have fit the role, including Owen Lars and Bail Organa.

Owen Lars: It would have been fun seeing Anakin and Owen having adventures on Tatooine, something that feeds Owen’s attitude about the Jedi and Obi-Wan Kenobi, and informs everything that he says to Luke in Episode IV.Â  He could be slightly rugged, with an eye to the stars in his youth, but watching as Anakin falls apart in his own pursuits of the same adventure, and witnessing Anakin’s fall from grace.Â  He winds up never leaving Tatooine again. 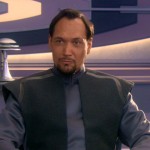 Bail Organa: There’s something about Leia’s abilities with a rifle that makes me think there’s more to this Alderaanian than meets the eye.Â  It’d have been kind of cool to see him as a pilot for the main Jedi in the films.Â  Obi-Wan doesn’t like flying, so having someone else as his pilot would have been plausible.Â  Plus, it would have helped to build the relationship that lead to his adoption of Leia when she needed to go into hiding.Â  He could have also been part of a misdirection for the audience.Â  In Episode III, his wife could be nearly ready to give birth to a baby girl.Â  This is something that could be used to preserve the secret that Luke and Leia are brother and sister, if written properly, with only certain information being revealed to the audience.

I believe that the additional character, or characters, would have strengthened the core of the prequel trilogy in the same way that characters such as this will likely be in Episodes VII-IX.

This leads us to the next entry in the series.Â  It’s going to be about the Skywalker Family Secrets.Â  I have some ideas on the preservation of what some considered to be the largest twist in motion picture history: the origin of Darth Vader.

The Case for Mara Jade in Star Wars: Episode IX

Why should Mara Jade appear inÂ Star Wars: Episode IX? A rumor has appeared on the web that director J.J. Abrams and casting director Nina Gold are looking for a woman between age 40 and 50 […]

Star Wars: The Inspiration of my Love of Star Wars, and thoughts on Episode III

Time for a general entry. Not to say that this will be a boring entry by any means. I was having a conversation with my friend Deb, when I realized something simple, yet profound. I […]