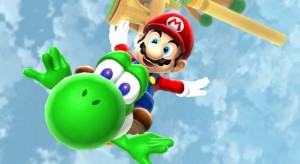 One of the absolute best games for the Nintendo Wii is Super Mario Galaxy.Â  I had such a good time playing through that game, that I am hoping to find the time to play through it all again.Â  In fact, I played through it twice the first go around, because of what happens when you get all of the stars.Â  When it was over, I was hoping for more.Â  I did not expect Nintendo to deliver, though, as there hasn’t been a proper Mario sequel since the Nintendo Entertainment System, with Super Mario Bros. 1, 2 and 3.Â  On the Super NES, there was the sort of sequel, Yoshi’s Island: Super Mario World 2.Â  But That wasn’t a proper sequel game. 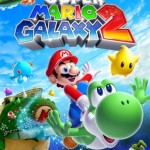 Today at the Nintendo Media Summit, Nintendo announced the release date of the sequel to Super Mario Galaxy.Â  May 23, I’ll be playing more Mario and loving nearly every minute of it.Â  Though I am also partially dreading that day as well.Â  The first game posed some very frustrating challenges.Â  I had episodes of Boy Meets World playing on a computer as I played the game to keep me laughing through the frustration of some of the levels.Â  From what I’ve heard, this game assumes that you’ve completed the first one, and so they’ve ramped up the challenge.

I love games when you can just pick them up and have fun with them, without being too challenging.Â  It’s really exhilarating to be able to easily pick up a game and fly through levels while achieving great victories.Â  I suppose I just have to get better.