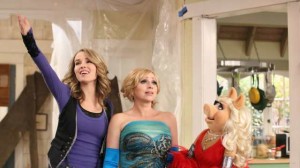 As readers of this blog may already know, I’m a pretty big fan of The Muppets.Â  I thought the last film, 2011’s The Muppets was a return to form, and the first that I’ve thoroughly enjoyed since 1999’s Muppets from Space.Â  With the sequel The Muppets…Again! in production now, they’ve been making more appearances.Â  It’s a great way to keep them near front of mind when the trailers for the new movie start to appear.

On April 28, 2013, at 7:30 PM ET/PT, The Muppets are going to make one of those appearances: stopping by the Duncan family’s home on Disney Channel’s Good Luck Charlie.

I’ve actually watched all of the episodes of the show, because I find its’ brand of humor to be fun, clean, and a welcome change of pace from network TV.Â  Plus, it’s a positive look at a big family, and the rare Disney property where both the mother and father are present, and involved, in their kids’ lives.Â  This is definitely one show that I’ll gladly watch with my kids.

Appearing on the episode are Kermit the Frog, Miss Piggy, Fozzie Bear and Animal.Â  They join series stars Bridgit Mendler and Leigh-Allyn Baker to perform a show-stopping original song, which is described as â€œMuppet-ational.â€

In the premiere episode, the Duncan Family decides to build their dream house after the family home is devastated by termites. Everyone, with the exception of Charlie (played by Mia Talerico), is excited at the prospect of a new and larger home. However, Teddy (Bridgit Mendler) has a change of heart after a dream in which Kermit the Frog, Miss Piggy, Fozzie Bear and Animal convince her that the old family home is really the house of her dreams. (via)

Access Hollywood visited the set of Good Luck Charlie when they were filming the season premiere.Â  They caught up with Miss Piggy while they were there. “[The Duncans] let me take over their home, which is actually good for them, as everybody knows having a star in your home increases property values,” Miss Piggy said. 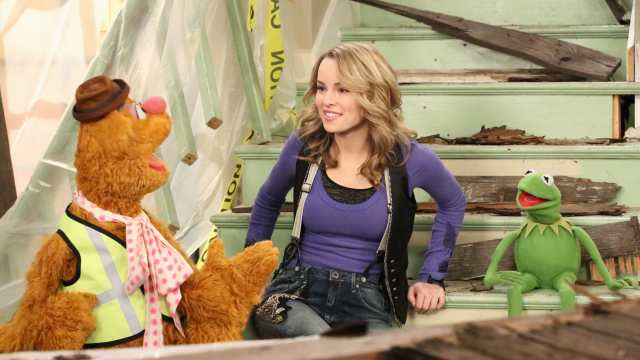 The Muppets are Coming Back!

One of my all time favorite groups of characters areÂ The Muppets. I’m a very big fan of the characters. When I was younger, I would watchÂ The Muppet Show every morning on Nickelodeon during the summer. […]

The sequel to 2011’s The Muppets, called Muppets…Again! (aka The Muppets 2) has begun production in London.Â  It will be in theaters on March 21, 2014.Â  The Muppets was one of my favorite movies of […]