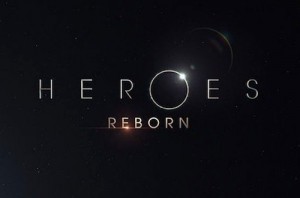 As a longtime fan of the NBC tv series,Â Heroes, I was very pleased to hear of the return of the show in a limited series format, which will give Tim Kring and his team 13 episodes to tell the next chapter from beginning to end.Â Heroes Reborn is currently scheduled to air in the summer of 2015.

However, to help kick things off, they’re also creating a prequel calledÂ Heroes Reborn: Digital Series, which will be released on NBC.com, Hulu and video-on-demand.

There is no word as to what characters will appear inÂ Heroes Reborn, but we’ll be introduced to them in the digital series.

Currently, we don’t know what characters from the original series will make a comeback. They have said that some of them will return, though. With the entire mystery surrounding the origin of the powers still left unexplained, I have a hope that we’ll see Angela Patrelli and her family. I’m also hopeful for the return of Matt Parkman, HRG and Hiro. I’m also looking forward to meeting some new characters, who could become favorites for this new story.

Was watching the Olympics and saw the #HeroesReborn trailer. Time to dust off the sword?

We know that Hayden Panettiere may not have been asked to return, and that Ali Larter hasn’t been asked yet either. Writing on the series, and the prequel series, has likely begun, but casting has not. As of right now, there is still time for anything to happen.

Perhaps this will lead to a season 6 as well?

That’s right, the long awaited follow up to Tim Kring’s tv seriesÂ Heroes is actually going to happen. Â Heroes aired on NBC from 2006-2010, and featured a very large cast of characters with a variety of […]