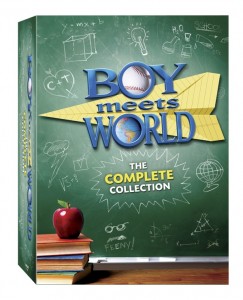 I have a decent collection of movies and television shows on Blu-ray and DVD. It’s something that most of my friends know, and they often ask me what movies are out that are worth seeing, among other similar questions. One thing that some of the more tech savvy friends of mine ask me is, why do you keep buying movies when there is streaming, and that “has everything?”

Shout Factory put together this list of five reasons, and I’m going to do my own elaboration on each point, because I agree.Â There are a lot of good reasons as to why, but not the least of which is the fact that streaming doesn’t have everything. With that, let’s jump into the list:

1. The Comfort of Ownership

If the internet goes out, the movie doesn’t stop. If the hard drive crashes, the movie doesn’t stop. You have a disc with the movie on it. Sure, discs can get scratched or broken, but with Blu-rays, that is much more difficult. It doesn’t change the fact that, you’ve got the movie when you need it, if all other technology fails, if the service you subscribe to stops carrying the stream of the movie, or if your internet connection drops off. Nothing beats knowing that you can just pop that copy ofÂ Ghostbusters into your player, even if Netflix doesn’t have the stream of the movie anymore.

2. Having a Library of Awesome

You have things that aren’t on streaming and may never make it to streaming. To get even half of your collection via a streaming service, you might need to subscribe to two of them, and even then, your library may disappear completely. Sure, streaming gives the illusion of ownership, but my library is easy for me to scroll through to find what I want. I just reach out and pick it up. Sure, it’s not as easy as sitting there, pressing over or searching to find what I want from my couch, but I get a little bit of exercise, which is more than can be said for using a screen interface. Plus, my collection just looks cool and it says a lot about who I am. And as a bonus:Â Boy Meets World isn’t available anywhere but on DVD.

Blu-ray is higher quality than most HD streams, and it stays that way. A latent internet signal sometimes has the effect of being less than clear from time to time, but with a disc in a player that just doesn’t happen. Even DVD is better quality than streaming media from time to time. Home media is also going to provide better audio quality than a stream. Sure, in a few years this may change, what with net neutrality being tossed out the window, but it’ll never change for all of us unless fiber connections become ubiquitous.

There are some digital purchases that bring bonus features along these days, but not many. I’m a bonus feature kind of person. I love diving behind the scenes of movies that I love, and getting a new perspective that helps me to love the movie just a little bit more. In fact,Â The Iron Giant‘s director Brad Bird has been discussing a Blu-ray release for that movie, but he wants to have it release with special features.

Like I said before, buffering is problematic. Imagine you’re watching your favorite movie, and the best part is about to start and suddenly… buffering… or worse: the screen blurs out. I’ve been on my exercise bike, watching a show I only watch while on the bike, and had a show suddenly buffer for about 10 minutes of my exercise. I can be pretty stubborn with how I carry out my exercise routine, though, so I stopped pedaling and paused the bike, and waited… and waited… and waited. I finally finished my hour and four minutes of biking (perfect for an episode ofÂ Chuck and a sitcom episode), after about a half hour. Worse yet: I have the show on Blu-ray, and if I had a work-out room with a TV, you can bet I wouldn’t be streaming anything for my workouts.

There you have it!

Do you still buy physical media? Will you now?

Please Release The Wonder Years on DVD and Blu-ray – #1

This is the first entry of another column that I’m planning on writing somewhat regularly.Â  It’s pretty self explanatory, so I’ll just get right to the point. The Wonder Years Here’s a show that has […]

Bandslam released last summer to very little fanfare.Â  In fact, the marketing of the movie was absolutely horrible.Â  Every trailer for it was worse than the last, and the film had been retitled a number […]

Oliver & Company is a movie that came out when I was really young. I slightly remember seeing it in theatres. I also had the soundtrack on an audio cassette (it feels weird typing that […]