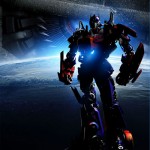 Michael Bay is hard at work on Transformers 3, which is scheduled to go into active production this summer.Â  I’m excited for it, although I have some hopes that after Michael Bay’s Transformers 3, Hasbro pulls a Spider-Man and reboots the series.Â  I have a feeling that someone like J.J. Abrams would do a great job with it, though two of his writers were the primary writers of Transformers and Transformers: Revenge of the Fallen.

The third film is written by the third part of the writing team from the second film.Â  Alone.Â  So who knows… Michael Bay fills us in on both the feel of the script for the third film, as well as his work to help out Haiti: 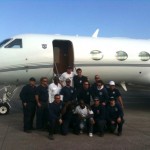 Busy scouting – Chicago, Detroit, and Washington D.C. for Transformers last week. Things are going well. The script is feeling very different from the other two. I ended my scout down in Miami this weekend to load my plane with 14 Florida Surgeons, specialists in various fields and flew them down to Haiti. We then returned with a planeload of a team of exhausted Miami Fire rescue. It is proving very difficult for these volunteers to get back home.

They say the news hardly gives the true scope of what really happened. They really feel about 500,000 probably died. One of the worst stories I heard from people down there – because of the huge lack of education in Haiti â€“ when the earthquake struck â€“ everyone ran inside buildings most likely to their graves. The state of Florida is really pulling their weight in this massive effort.

So, he’s scouted for locations in Chicago, Detroit and Washington D.C.Â  Nice.Â  I live about 3 1/2 hours from both Chicago and Detroit, so even though I don’t think I’ll have time, I’d love to try to be an extra in the film, if he settles on it.Â  He did shoot in Detroit on the first film, and I think Washington D.C.Â  Not sure about Chicago, though.

One thing that I really loved about it, though: “The script is feeling very different from the other two.”Â  I hope this is different in a positive direction.Â  For example: focus more on the robots.Â  It’s called “Transformers.”Â  Not “Humans, with special guests, the Transformers!”Â  I have heard that they’re cutting it back to a movie about a boy and his robot, which is fine with me, so long as Bumblebee can speak this time around.Â  I’m also hoping that they take the time to actually build up the Autobot characters as well as the Decepticons.

I’d also appreciate a less vulgar film than the second one.Â  It’s based on toys for kids, it should be MARKETABLE toward kids.Â  A film that full of innuendo, cursing and all that is not.

I have to hand it to Michael Bay for helping with Haiti, though, regardless of his sense of humor and swearing habits.

You can see pictures from Michael Bay’s trip on his blog.

It’s about time they re-released this.  No offense to Rhino, but the first release of this cartoon was just not up to par. It was a good and noble effort, but it was nothing to really […]

Transformers 4 – Michael Bay to Direct – My List of Requests

I just learned that Paramount has scheduled Transformers 4 for release on June 29, 2014.Â  They’ve also put Michael Bay back in the director’s chair.Â  That’s kind of disappointing, but also not entirely unexpected.Â  That […]

My Most Anticipated Movies of 2009

I figured that, since we’re getting closer to the summer movie schedule, now would be as good a time as any to post my list of movies that I anticipate seeing over the course of […]