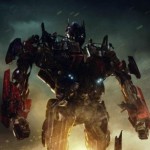 I just learned that Paramount has scheduled Transformers 4 for release on June 29, 2014.Â  They’ve also put Michael Bay back in the director’s chair.Â  That’s kind of disappointing, but also not entirely unexpected.Â  That said, I have a list of requests for the upcoming fourth Transformers that I feel could not only make a great film, but also bring the franchise around to a place that no movie has really gone before, but should work if executed properly and taken seriously enough.Â  There’s good reason why Optimus Prime’s scenes in the Transformers movies so far were always full of gravity and emotion, and it’s because he’s as effective as a human being.Â  They’ve proven that Optimus alone can carry whole scenes, and it’s time to allow the robots to carry the entire film.Â  That leads us to my list of requests.

We’ve had enough human drama in the Transformers series.Â  It’s time to take a chance on a character driven movie.Â  People going to see a movie called Transformers should go into it expecting to see giant robots for the majority of the movie.Â  I understand they are on earth and have to deal with humans.Â  That’s why I’m being generous with the 20% human screentime.Â  And that’s 20% humans alone if you find it necessary.Â  Humans can appear in scenes with the Transformers, but only as background or supporting characters.

2) Bumblebee was given his voice back at the end of Transformers 1, and promptly lost it again in a battle in one of the comics. Funny, none of the other Transformers had the same problem. Fix him.

3) Give the Autobots a homebase of operations that THEY run.

Like the Ark from the original animated series, the Autobots need a place that they live that isn’t run by humans.Â  Kind of like an Area 51, but only for Transformers.

4) Give the Decepticons a homebase as well.

The original animated series placed this in an ocean or lake.Â  It would lift out of the water to release Decepticons.Â  Make it happen.

5) The Decepticons are evil, make us hate them, but LOVE to hate them.

The third movie did a pretty great job of this, but we need something new from them.Â  Give them personalities that make us really enjoy their screentime.Â  Show them plotting and make them entertaining enough.Â  Perhaps put them into a situation where they are earning the trust of humanity with the plan to turn on all of them.Â  That’s been set up a bit by the third film, and wasn’t a bad twist.Â  Might even set up a really great Autobot that people are sure to love, only to have him be destroyed by the Decepticons.Â  (Think Darth Vader’s style of leadership.)

6) The Autobots are awesome, make us want them to destroy the Decepticons. (Kind of like TF3, but even moreso. Make the audience celebrate when the Autobots finally uncover the dastardly plot of the Decepticons and start to fight back.)

When the Autobots finally uncover whatever it is the Decepticons are doing in the film, they should go about their retaliation in a way that is fitting of the Autobots.Â  It should be a plan that is run with tactics that use the variety of skills that each Autobot has in very interesting and unexpected ways.Â  A lot of espionage and teamwork. Â  Have Mirage (aka Dino) use his whip like weapons to toss an Autobot toward things like rooftops or Decepticons, and also use them to swing across things.Â  He could even destroy a few Decepticon Jets by fighting with these weapons and then swinging from the falling wreck of one Decepticon to the next, using these weapons like a Spider-Man or Indiana Jones style whip, to launch himself from place to place.

7) Grimlock and the rest of the Dinobots.

It’s their time to shine.Â  There have been three movies, and so far the Dinobots haven’t fit.Â  To fit them in, the story might have to be about them.Â  That said, it could be, or we could just have the Dinobots because they’re awesome.Â  Perhaps they’re necessary because the Decepticons have something huge and the Autobots need more help that can’t come fast enough, so they build their own new group of Autobots.

Bonus: Use the Autobot and Decepticon logos to show when you’re switching scenes between the two sides.

This was a classic part of the cartoon and let us know, as the audience, which group of Transformers we were watching.Â  Not a must have, but it would be really fun.

Transformers 4 is Age of Extinction plus the Poster hinting at Dinobots?

Today the poster forÂ Transformers: Age of Extinction was revealed. Â It’s the same Transformers 4 logo that we’ve seen before, but it looks like a fossil from a dig site for dinosaur bones. Â This concept, plus […]

I’ve just found the list of the robots that will be in the film on both sides of the war. If you don’t want to be spoiled, don’t read it. For the rest of us […]

My Most Anticipated Movies of 2009

I figured that, since we’re getting closer to the summer movie schedule, now would be as good a time as any to post my list of movies that I anticipate seeing over the course of […]