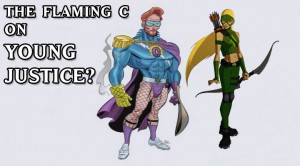 I just saw a sketch on Conan that featured a clip from the upcoming series Young Justice featuring Conan’s superhero character The Flaming C.Â  Suddenly I saw a lot of traffic from search engines and people are looking for the footage.Â  Welcome, fellow Conan fans!

I loved seeing that clip as a fan of both Conan and Young Justice.Â  However, I have seen the episode that the clip was taken from, and the character that they animated The Flaming C on top of is Superman or Batman (I can’t remember which, but he has Batman’s voice).Â  It was great seeing Conan’s character on the show, however, and I do hope that they keep pumping out the clips.Â  It was definitely animated by the studio, though, and looked spectacular and authentic.Â  I’m hopeful that they actually do a cameo, but I’m not sure of the legal implications of that.Â  Because Conan owns his show, it wouldn’t be too difficult to make a deal with Warner Brothers to make it happen.

Clip after the break. 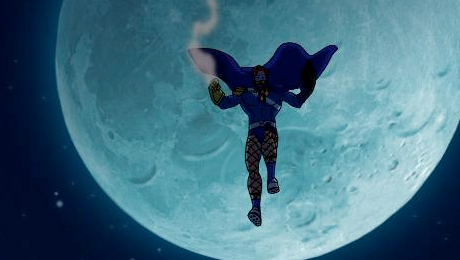 Jay Leno should do the noble thing and quit.Â  Making the affiliates happy is not Conan’s problem, it falls on NBC.Â  The affiliates wanted one thing: programming that kept people watching until the news.Â  CLEARLY […]

If anyone was still on Leno’s side in the Conan vs. Leno battle for the once great, now defunct The Tonight Show, this interview should help you to finally take a side.Â  That side will […]