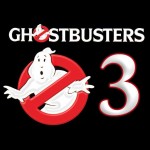 However, I’ve written in the past about Ghostbusters 3: Thoughts and Feelings on Continuing the Series, and I highly recommend you read it as it has garnered a lot of positive response from fans in some Ghostbusters fan forums.Â  It’s going to be tough to even live up to our expectations, let alone top all of them.Â  There will be those of us that find the new film can only sit in the shadow of the original.Â  There will also be many that feel the new one far overshadows the old (and most of those sentiments will come from younger fans that didn’t grow up with the original).

I admire the confidence, though, and can’t wait to see if it does hold up to things that I have heard about it.

CS: The whole Sigourney Weaver thing about her son taking over and Bill Murray coming back as a ghost…
Reitman: Oh, no, yeah… I mean, Sigourney Weaver has a role in this movie. All the original characters have parts. As well as a whole bunch of new characters… it’s got a really good story, this one. Maybe the best of the whole series. I hope we get to do it.

A look at “Ghostbusters Answer the Call”

Is the newÂ Ghostbusters any good? Is it terrible? Let me start with this: I don’t read reviews of movies that I want to see. I don’t put any stock in RT scores or the like. […]