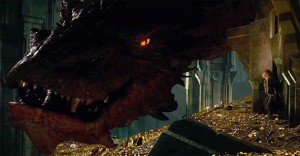 Before you read into this list too much, there’s something you must know: I only see movies that I have an interest in seeing. Â I rarely find myself leaving my comfort zone, or randomly picking a movie from a list. Â I also don’t go see movies just because they are “critically acclaimed.” Â I don’t buy into that, as I don’t listen to critics. Â I sometimes see movies that are, but that’s because I do make good choices in what films I see.

Difficult to watch, but a fine historical drama.

Didn’t launch a new Sci-Fi franchise like I had hoped it would. Â It wasn’t a terrible movie, but it wasn’t great enough to land higher on my list.

The trailer may have been better than the film, but it was a bit inspiring that animated movies can look lush like this, and people are still trying to create fantastical worlds like this. Â It makes the list because I had fun with it.

A good science fiction film that feels kind of old-fashioned. Â I caught on to what was happening, just before the reveal, which was fine by me… because I was enjoying it.

Fun. Very fun. Â A bit long at times, but not near as bad as folks are making it out to be. Â Watch it and have fun with it, and you’ll have a good time.

I have to say that, now that I know what’s ACTUALLY happening in this story, I like it a whole lot more. Â The first film was a lot of intense action and death. Â The second film had actual substance to it. Â And it has an ending that makes me want to know what happens next, immediately.

A great film that takes nothing away from the original film, and enhances it in many ways.

Shane Black brings a fresh voice to the Iron Man films. Â Only thing I wish was different was how Mandarin was handled. Â What a twist it would have been had the actor turned out to be Mandarin, for real. Â Could still happen, and it’d be brilliant.

Surprise of the year, though I shouldn’t have been as surprised. Â BothÂ TangledÂ andÂ Wreck-It RalphÂ are terrific, and this is the third in a line of great films from Disney Animation, the likes of which haven’t come from them in a very long time.

A great adventure with a twist that I kind of predicted. Â I managed to stay spoiler-free until literally the night before I saw the movie, when someone at a grocery store decided to talk about the movie loud enough for anyone to hear. Â That made me so mad, because until that point, I still had NO idea that I was right. Â Looking forward to J.J. Abrams’Â Star Wars: Episode VIIÂ now, more than ever. Â He’s exactly the right director for that movie, and I couldn’t be happier to have him leaving Star Trek for that.

Holy smokes. Â This was my favorite Superman movie that I’ve ever seen. Â I was introduced to Superman comics when he was fighting Doomsday. Â The Death of Superman battle was every bit as huge and devastating as the battle in Man of Steel. Â And that was with a Superman that had fought many battles before, and things were still chaotic. Â In Man of Steel, Superman is still learning his powers, as well as how to fight. Â It makes for an interesting battle that leads up to an ending that could only go one direction.

Loved this movie and am very hopeful thatÂ Man of Steel 2Â continues to dive into this world with Clark Kent working at the Daily Planet, finding his way as Superman, and the reaction of the world to his existence.

1.Â The Hobbit: The Desolation of Smaug

Here’s what I said in my note explaining why I was anticipating this movie as my #1 most anticipated film of the year, and I was right on the nose with my assessment.

If you know me, you know what a big fan of Tolkien I am. Â I’ve seenÂ An Unexpected JourneyÂ three times (so far). Â I’ve been waiting for these films since the credits rolled onÂ The Return of the King, and so far I haven’t been disappointed. Â Where the story goes from the end of the first one, it gets far more epic and enthralling. Â I have a feeling that, for much of the audience, likeÂ The Fellowship of the Ring, the first film in this trilogy will only be strengthened by the power of the next parts of the story. Â For better or for worse, this is all part of one single story, and that makes it impossible for me to judge the first part on its’ own, without having seen the rest.

All of this is absolutely true of my favorite film of 2013. Â People are seeing it in droves, finding it to be a much more exciting part of the story, and are now greatly anticipating the final third of the story. Â I know I am more excited for the last part than I was prior to seeing this one. Â It’s going to be an emotional ride, for sure, and most of the audience doesn’t seem to know that is what’s coming.

George Clooney is not The Lone Ranger

Well, a few days ago I was talking about The Lone Ranger, and thinking they needed to cast someone in the title role that could and would steal scenes from Johnny Depp, who is in […]

My Most Anticipated Films of 2013

I haven’t created a list of my anticipated films of the next year in some time. Â My friend Teddy posted one, though, and inspired me to do my own. Â (Reading through this list, you can […]

I’m not a big Johnny Depp fan. Hardly at all, actually. But that isn’t to say that I don’t like movies that he’s been a part of. For instance, I haven’t really watched Willy Wonka […]