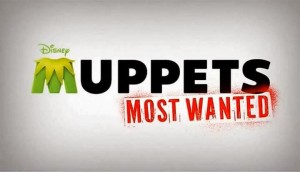 For the first time in a while we have a year without a Pixar film. Â I tend to put all Pixar films on my anticipated film list every year, butÂ The Good Dinosaur was delayed until 2015. Â That will mean two Pixar films will be on my list for 2015, however, and I’m very excited about that. Â I’m pretty excited about this year’s movies, however, with the end ofÂ The HobbitÂ capping the a year filled with Muppets, superheroes, robots and biblical epics.

15.Â Big Hero 6
Disney Animation’s entry for this year. Â Following the trio ofÂ Tangled,Â Wreck-It RalphÂ andÂ Frozen, this film is about a team of superheroes. Â It’s directed by Don Hall and Chris Williams, and is a very very loose adaptation of a Marvel comic.

14.Â Bears
Disneynature’s latest entry, Bears, has been a long time coming. Â Looking forward to this one.

13.Â Exodus
Only on my list right now out of curiosity. Â Could be interesting, covering the same story asÂ The Ten CommandmentsÂ andÂ The Prince of Egypt. Â Ridley Scott directs.

11.Â The Hunger Games: Mockingjay – Part 1
The second Hunger Games film surprised me. Â I didn’t know what the story was about until the near the end of it, but looking back at the movie after learning that, it all made sense. Â It seemed very carefully crafted and had a surprising ending that made me want to know what was next right away. Â Luckily it’s not as long a wait as last time.

10.Â Guardians of the Galaxy
I didn’t know who they were a few years ago. Â I still don’t really know much about them. Â Did get to see some scenes from the movie back in August, though, and it looks funny. Â It also looks unlike any of the Marvel movies that have been released so far. Â I can see this one being the first TRULY divisive of the Marvel films. Â But what I did see of it was fun, and I hope that it is at least as good as, if not better than, what I have seen so far.

9.Â Interstellar
Christopher Nolan directed it. Â That’s all that I know. Â Haven’t seen anything about it yet.

8.Â TheÂ Amazing Spider-Man 2
Really enjoyed the first film of the reboot. Â Looks like more of the same from this, with a lead-in to the third film. Â Plus, with future plans for a Venom film as well as a Sinister Six film, it sounds like Sony is confident that they have another solid Spider-Man film on their hands.

7.Â Teenage Mutant Ninja Turtles
Been a fan of the Turtles since the original animated series. Â I’ve also enjoyed all of the movies so far, to some extent. Â I’ll pop them in from time to time to this day. Â Hoping for a successful return to the big screen. Â And just so we’re clear… Michael Bay did not direct this movie. Â He directed Transformers 4 at the same time that this was in production, and couldn’t possibly film both of these films at once. Â Yes, Megan Fox is playing April O’Neil in it, but I’m willing to wait and see the movie before I judge whether that was a good choice or not.

6.Â How to Train Your Dragon 2
The first film was a rare treat from Dreamworks. Â This looks to expand that world and is clearly set at least a year later.

5.Â X-Men: Days of Future Past
X-Men: First ClassÂ was excellent, and now they’ve combined the casts from both First Class and the first few X-Men films. Â This has the potential to be one of the best X-Men movies ever made, and it’s already going to be followed up a couple of years later withÂ X-Men: Apocalypse.

4.Â Captain America: The Winter Soldier
One of the best parts ofÂ The Avengers, his first film was fantastic as well. Â Looking forward to more from the Cap this year. Â And The Winter Solder is likely to become a household name after this film.

2.Â Muppets Most Wanted
As a big fan of the Muppets franchise, and a huge fan ofÂ The Muppets, the mere thought of another film from some of the same creative team is very exciting. Â I thought they brought the Jim Henson magic back to the characters in a big way, and I look forward to seeing that continued on the big screen. Â I’ve seen some footage from the movie that hasn’t been released yet, including one of the songs. Â I am a bit worried because I didn’t like the song as much as any of the songs fromÂ The Muppets, but it was only one, and it was out of context when I saw it. Â Here’s hoping for more magic on the big screen.

1.Â The Hobbit: TheÂ Battle of the Five Armies
I’ve seenÂ Desolation of SmaugÂ two times (so far). Â Last year I correctly predicted that the general audience would find the second film to be more of what they were looking for than the first. Â The audience has responded in kind. Â And boy are we all in for a treat with the third and final part of the Hobbit trilogy. Â The last third of the story, where it all comes together. Â This is when all of the waiting pays off. Â I was, for a time, a bit worried about how Peter Jackson was going to make a full film out of the third part of the book, post Smaug. Â Now, I have no doubt that he’s done it, and done it well. Â The end of the second film allowed me to be more excited for the third part than I would have been, had it ended just ten or twenty minutes later. Â CANNOT wait for this. Â It’s going to be a difficult film to watch, as it’s the most emotional part of the story.

Night at the Museum 3Â – Really enjoyed the first two films, and am looking forward to another adventure.
Godzilla – Looks like it’ll be fun. Â Definitely looks better than the 1998 version.
Into the WoodsÂ – Not sure about this one, but the cast is amazing.
MaleficentÂ – From the scenes that I’ve seen, on top of the trailers, looks like it could be another classic live-action from Disney.
The GiverÂ – Based on the book, I’ve been hoping to see this for about 10 years. It finally went into production last year.
The Wind RisesÂ – The final film from Hayao Miyazaki. Â If you know who he is, well done.
The LEGO MovieÂ – Looks hilarious.