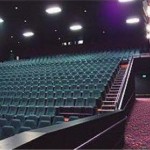 After writing about the etiquette of movie spoilers, I was inspired to write a bit about movie theater etiquette.Â  This is something that, unfortunately, a lot of people don’t have a good grasp on.Â  There are a number of things to keep in mind when you’re going to the theater, and the rules do change based on the situation.Â  I’ll try to be as clear as possible.

Arrival at the Theater

When you arrive at the theater, make sure you plan your time dependent on what movie you’re going to see and when you’re going to see it.Â  I don’t understand it myself, but every time I go see a film at midnight for the first screening, someone always walks in at 12:01 am and looks up for any open seats.Â  Seriously?Â  Couldn’t you have gotten there earlier?

And if you get there late, and you notice a couple of seats that are in a prime spot, don’t just sit there until you know if those seats are available.

Being in line for a movie on opening weekend can be just as fun as the movie.Â  Get to know the people around you.Â  You’re all going to the same film, so clearly you have that in common.Â  Plus, if you frequent the opening night screenings all summer, you’re likely to run into the same people again and again.Â  It makes seeing new movies that much more fun the next time.Â  But don’t cut.Â  If you have a big group of people meeting for a movie, and there are two of you in line, the rest of your group does not have the right to join you when they arrive.Â  This especially applies when the number joining is greater than the number that was there.Â  If you wish to hang out with your friends, join them.Â  If they have to cut to join you in line, remember that everyone else that is in line behind you was there before they were, and not one of them appreciates that you have ten friends joining you toward the front of the line at any time.Â  There are consequences for when you arrive to line up.

When they finally open the doors to let you in, walk in and don’t stop at the door to look for seats.Â  All the seats should be fairly empty if you’re at the front of the line, and there’s another door that people are using to go in.Â  If you need to stop, let others pass so they can choose the seats that they got to the cinema early for.

Talking During the Film

Talking during a new release is strictly prohibited.Â  I don’t care for nonsensical comments during the film, regardless of how long the movie is, your comments can wait until the lights go up at the end of the movie.Â  You’re not going to get my attention, and you’re distracting me from what the cast and crew of the film felt was important enough to spend time on including in the movie.Â  It’s new, so you don’t know if your comment is going to overlap some important dialogue, and we both might miss something important that changes the tone of the rest of the film.Â  It’s happened to me before.Â  The movie theater is a place to view a film socially, sure, but remember: we all paid the same amount for our tickets, and we all deserve to watch the movie untainted by your comments.

When it comes to a cult classic, a film that is being played again because of audience demand, it is really up to the audience.Â  Sometimes it’s fun to mock the movie the entire time, other times it’s just fun to enjoy the movie on the big screen.Â  Over the past year I’ve finally seen two of my all-time favorite movies on the big screen: Ghostbusters and The Karate Kid (1984).Â  Talking over those movies was a no for me.Â  Cheering during those movies was really fun.Â  Making fun of an old favorite can make for an evening of great entertainment, however.Â  It’s a tough call, though, because I don’t want to mess with someone else’s experience of the movie.Â  It could be someone’s first time seeing the movie, and I don’t want to spoil that experience for them.Â  So tread lightly, and be sure to ask if someone just wants to enjoy the movie.

Also, if you plan on talking at all, whisper.Â  A whisper isn’t just a quieter form of your normal voice, it’s talking without use of your voice box.Â  You’re using the air to form the words.

Teach your kids, too.

Using your Phone During the Film

No, a thousand times no.Â  I don’t care if it is a new or old movie.Â  The light from any phone may not be distracting you when it is right in front of you, but it is to everyone else in the cinema.Â  It’s selfish and rude to do that, because you’ve now taken everyone out of the movie by your actions.

Texting, tweeting, talking, all of that can wait until you’re outside of the cinema.Â  You’re not going to change the world with your comments.

Snacks and Popcorn during the movie

I don’t mind a good snack during a movie, but there are some things that really bother me.Â  If you have a bag of something or a box of something, a good time to make some noise with it is not during a scene where dialog is happening.Â  It’s not a good time when there’s a quiet moment.Â  In fact, if you could just be quiet with your food for the whole film, that would be appreciated.Â  We’re not in your home, we’re in a public and expensive place.Â  We can’t rewind the movie to see what we missed.

The same goes for your popcorn.Â  So you put salt on it, or butter, or whatever.Â  You do not need to shake the popcorn.Â  Not ever.Â  I don’t care what you think it is doing for the flavor or the toppings or whatever.Â  Shaking the bag or box or tub of popcorn isn’t making it any easier to eat.Â  In fact, it is covering up the sound of the movie.

And please please please chew with your mouth closed.Â  Hearing every single time you eat a single kernel of popcorn is like water torture.

If you’re Sick or have a Sick Child

A cough or a sniffling nose is death to any movie.Â  Not a single time from various people, rather a lot of them from a single person.Â  It’s best that you have a movie night in, for something like this.Â  That way, you’re not spreading the germs to everyone else, and the sick can get rest and recover sooner.Â  Having someone coughing in your ear every 20 seconds during a movie really kills the experience.Â  I once sat through a movie like that, expecting the girl’s mother to wise up and leave.Â  I left the movie not remembering what I saw.Â  And that’s bad: it was Mr. Magorium’s Wonder Emporium.Â  I went back the next day to an earlier screening in the day, and thoroughly enjoyed the movie.

To the person sitting behind me: Yes, I can tell when your foot hits my seat-back.Â  Yes, I can tell when you’re resting your feet on the top of my seat-back.Â  Keep your feet to yourself.Â  Along the same lines, all the seats in a single row are connected with each other.Â  Please do your best to try and sit still.Â  When you move around a lot, it’s not just you that is moving, it’s effecting the entire row, and that’s distracting.

When the Movie is Over 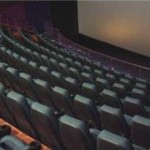 There are a number of things to mention here.Â  First, there are people that try to leave early to beat the crowd.Â  Where do you think you’re going?Â  Not only are you missing the entire point of the movie, you’re not going to really beat anyone.Â  The movies tend to be timed to let people out at varying times so there’s always going to be a whole screening emptying.

Second, the credits feature all of the people that put a lot of work into the movie.Â  Sometimes there are also extra scenes during the credits or after them.Â  I like to stick around for these.Â  If we’re the last two people in the cinema, sometimes they come in and start cleaning up while we’re in there, and that’s okay.Â  They schedule the movies far enough apart that they should be able to clean up the theater and get the entire next screening seated a good 20 minutes before the previews start.Â  We’re allowed to stay, and it isn’t rude to do so.

Third, if you didn’t like the movie, don’t feel like you’re doing anyone else a favor by announcing it to the world.Â  Your opinion is yours, it’s not everyones, so keep it to yourself.

Finally, on the same note, do not talk about the movie at the entrance / exit to the screen.Â  This goes double when there’s a line for the next show time.Â  You’re spoiling the movie for everyone that has been waiting for the screening.

Remember, while the movie theater is a social place, it’s not your home.Â  What you paid for your tickets and concessions doesn’t make you any better than anyone else, we all paid the same amount.Â  Follow the above and we’ll all have a great time at the cinema.

On the Etiquette of Movie Spoilers

I just read a blog on Cape Town Community called Please Don’t Spoil My Movies! which I found to be something that I agreed with wholly.Â  When it comes to movies that I want to […]

One of the greatest motion pictures in the history of film, if not the greatest. Growing up, this movie had a lot to do with who I am today. I connected with Daniel on a […]