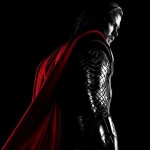 I just read a blog on Cape Town Community called Please Don’t Spoil My Movies! which I found to be something that I agreed with wholly.Â  When it comes to movies that I want to see, I don’t want to know what is going to happen.Â  If I see a trailer, that’s fine, but knowing anything beyond what the studio wants to show is a rarity for me.

It’s also for this reason that I don’t read reviews.Â  I think most critics are ridiculous, and I have yet to find a single one that I agree with all the time (based on looking at scores after I’ve seen a movie).Â  As I haven’t found a critic whose reviews match my own point of view 100% of the time, or even 50% of the time, how can I trust any critic to really get how I’ll feel about any movie.Â  They might hate a movie that I’ll love, or love a movie that I’ll hate.Â  Critics hold no sway over my perspective, for this reason, and I’ve found that I love some movies that even the critical mass has hated.Â  If I had listened to them, I wouldn’t have found the movie.

What does that have to do with movie spoilers?Â  Well, when I later go back and read a review, I note that they make mention of some pretty big plot points, or twists in the story that I would have been angry to know about before I saw the movie for myself.Â  This is another valid reason to avoid reviews.

When I make a list of movies to see, I generally know what the content of the movie is going to be, because I carefully pick out the movies that are of the subject matter that I am interested in.Â  I rarely see any R rated movies, and I try not to see very many movies that I’ll forget in a week, let alone a year.Â  I know what I’ll like, in general, and for this reason I am rarely disappointed with a movie that I see.Â  This has lead to some of my friends wondering if I’ve seen anything that I have hated or been disappointed with (as I liked the Matrix sequels and the Star Wars prequels).Â  I have: Land of the Lost, for example, took what should have been a family movie, and made it into something vulgar, and alienated the fans of the show and families at the same time.Â  What seemed to me to be a known quantity turned out not to be so.

Such things do happen, though they can be rare.

Cape Town also wrote something I agree with almost entirely, which reminded me of a conversation I had about Shutter Island, which I still have not seen:

Generally I do not mind reading spoilers as long as they are on my termsâ€”and it can never be about a movie that I plan to see. If Iâ€™m not planning to see a movie Iâ€™ll ask you to spoil everythingâ€”partly because Iâ€™m curious and partly because I love the trepidation on the personâ€™s face. â€œAre you sure?â€ the person asks, certain theyâ€™re breaking some unwritten celluloid law.

Thereâ€™s something about having a movie spoiled for you that can ruin the entire experience. I want to be surprised. I donâ€™t want to know before I sit down in the theater how the story is all going to unfurl. Â A movie only has on chance at telling a story, while a television series gets a new opportunity each week. Spoiling the ending of Smallville would not be as devastating as spoiling the end of Thor.

I don’t like television shows spoiled almost as much as movies.Â  Having Lost spoiled would have been really horrible.

The article at Cape Town came from the fact that the writer watched a scene that I have not: the after credits scene that appears at the end of Thor.Â  He thought it might be something simple like the one at the end of Iron Man 2, but apparently it wasn’t.Â  When I saw that the scene was available, I also thought that I’d take a look, but something told me that I shouldn’t.Â  So I didn’t look at it, and am saving it for the big screen.

As a matter of fact, on my list of movies to see this year, there are a load of trailers that have released in the last few weeks, and I haven’t watched one.Â  The only trailers that I have seen are ones I’ve seen attached to movies that I was seeing theatrically.Â  When it comes to The Hobbit, however, I plan on watching every behind the scenes video and every trailer that comes out.Â  I can count on Peter Jackson to give just enough, and know that it’ll be all of that and more when it hits the big screen.

How do you feel about movie spoilers?Â  Are you someone that doesn’t care?Â  Have you ever cared?Â  Do you feel that your entire movie going experience is enhanced or reduced by how spoiled you are?

Pretty late posting this list, but I felt it was time. Star Wars: The Last Jedi tops my list for 2017. It’s one of my favorite Star Wars movies, and I’ve really enjoyed the storyline […]

My favorites of 2004: The Lord of the Rings: The Return of the King :: Best Picture of 2003 :: 11 Academy Awards Movies: Finding Neverland Harry Potter and the Prizoner of Azkaban The Incredibles […]

This month, I’ll be seeing Transformers 2 a few more times. But in between visits with Optimus Prime, Bumblebee and the gang, I’ll be seeing Ice Age 3: Dawn of the Dinosaurs, Harry Potter 6 […]