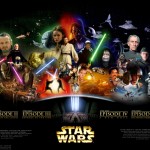 This is the first of a series that I have not planned out, about an idea that I have had for some time, for how the Prequel Trilogy should have been formatted.  This is something that I know that many people have their own ideas for, and I am curious to see what others think of my own ideas, as well as hopefully foster something positive with regard to the often hated and much maligned Star Wars prequels.

I should start by saying that I really like the prequels.  In fact, I love those movies.  I grew up watching the original trilogy and was absolutely beside myself when the prequels were announced and watched each film as they came out, ignoring as much as I could, the general public’s reaction to the films.  I should also say that I have a very high tolerance for movies of varying degrees of quality.  If you continue reading my blog, you’ll see that in what I write about.  Especially if you look at the contents of my DVD collection, or my flixster movies list.

But enough about me, let’s talk about reboots.

A lot of reboots are happening, and since 2005 it’s become a buzzword in the film world, replacing the word “remake,” though often meaning the same thing.  I think that the distinction comes when there is more than one film involved… sometimes.  Batman Begins seemed to kick-start the big push to go back over a film or film series from the past and ground it more in reality, or to simply do it with modern technology.  At the time of this writing, Spider-Man is the latest to get the reboot treatment, and likely the fastest turnaround that I have seen.

Star Trek went alternate universe, bringing things back to ground zero, and there are many more remakes in the pipeline at different stages of development.  From The NeverEnding Story and The Karate Kid, to Flight of the Navigator and Superman.

The one series that I think many of us would like to have rebooted, but no one is saying it (as far as I know) because it is not likely that it would happen any time soon, is Star Wars.  In particular: the Prequels.  The original trilogy is fine, leave it as is.  But there is a good reason why a reboot to the prequels makes sense: it was filmed so long before the prequels that a different cast worked the first time out, and it could work again.

What would a rebooted prequel trilogy look like?  Well, it might be stepping on the toes of the Clone Wars animated series a lot, but here is what I would do.

Take the political arc of Palpatine’s rise to power and condense it into one half of the storyline of Episode I.  This arc seemed to happen over the course of Episodes I-III, and would be better served, I think, by being a more hard-hitting political race for power.  Spend the other half of the film building up the character of Anakin.  His love for his mother, his training and comradery with Obi-Wan, and the planting of ideas with Palpatine.  Show the Jedi being put into positions of leadership among the clone ranks, and all of that.  Basically, take what happened in Episode I, Episode II and the first half of Episode III and condense it into the vital parts, with some changes to make it more plausible.

The next part would include the second half of Episode III, to either start with, or to spread out over the film.  Starting with the activation of Order 66, the film is brilliant, and everything that the prequels should have been from the start.  But I also recognize that it wouldn’t have been as powerful an ending without the journey to get there, so it does have to build up to that.

The third film would include a more substantial beginning to the Rebellion.  I would include how the rebel spies learned of the Death Star.  Not only that, but detail how they pulled the off the Death Star Plan heist that set A New Hope into motion.  It would be fascinating to look at the beginnings of the rebel alliance while trying to establish a base of operation.  It would also feature Darth Vader’s Jedi hunt, and Yoda’s landing on Dagobah.

These are just some initial thoughts that I’m writing while falling asleep, so they might be pretty disjointed.  But what do you think?  What would you like to see in a prequel trilogy reboot?

In entries to come, we’ll talk about potential directors, casting, and more. 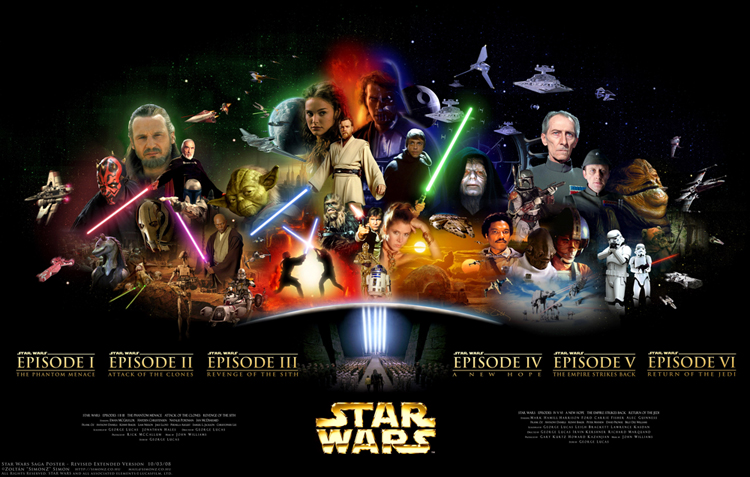 Revenge of the Sith Review

Star Wars was AWESOME! Granted, yes, there were cheesy parts.. but overall, this had such dark parts in it, it was incredible. There were also some really tragic elements that were very artfully done, and […]

Those WERE the droids I was looking for…

A picture, with unknown origin, that says it all. More from my siteBest Film Sequels I Have SeenThe Case for Mara Jade in Star Wars: Episode IXWhat happened after the Battle of Endor? Find out […]

If you’ve not seen Revenge of the Sith by now, this article will be spoiler filled, so avoid if you need to.Â  However, if you’ve read my other articles, you already know all of the […]