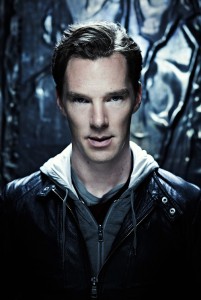 A rumor has surfaced in the past couple of days that has actor Benedict Cumberbatch potentially playing a role in the newÂ Star Wars trilogy. Â As Cumberbatch recently played a major villain in Abrams’Â Star Trek Into Darkness, the idea of him playing a primary villain in the newÂ Star WarsÂ trilogy has me more excited than ever for the next three films. Â The rumor is that he’ll play a Sith villain in all three of the films in the trilogy, making him the new trilogy’sÂ Darth Vader of sorts. Â If this keeps up, theÂ Sherlock actor will have played a pretty major villain in some of the largest movies in history. Â This casting, if it pans out, is absolutely a brilliant maneuver, and should happen.

Benedict Cumberbatch could add this role to a list that includes the dragon Smaug fromÂ The Hobbit: The Desolation of Smaug. Â The rumor is that he had to drop out of Guillermo del Toro’sÂ Crimson Peak for this role. Â It hasn’t been announced yet, however, and could turn out to be as much of a rumor as anything. Â If this pans out… whoa… somehow they’re making moves on these films that are both shockingly cool and giving us a lot of hope that we’ll finally get aÂ Star WarsÂ film that brings the fandom back to where I have remained since I got in to the saga in the mid-90s. Â Please be true.

A few months ago I had an idea that, while imperfect, could have resulted in a much better response to The Phantom Menace.Â  Would the movie play better if every Neimoidian character was replaced with […]

When you look back on the Star Wars prequels, there is one thing that doesn’t stand out as very obvious at first.Â  There weren’t many introduced mysteries that we absolutely had to get the answers […]