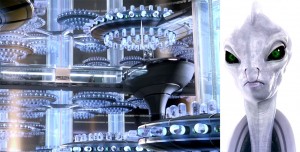 When you look back on the Star Wars prequels, there is one thing that doesn’t stand out as very obvious at first.Â  There weren’t many introduced mysteries that we absolutely had to get the answers to.Â  Instead, most of the mysteries were laid bare for us to see as if we were the ones writing the screenplays.Â  This wasn’t true all the time, of course, but in those cases, the mysteries weren’t character driven enough, or sweeping enough to cover the trilogy.

Mystery Boxes are those mysteries that occur when you’re watching a movie or TV series brings up a bunch of questions that you feel the need to know the answers to.Â  They happen very frequently at the beginning of the original Star Wars film, A New Hope.

In terms of the content of it, you look at stories, you think, well, what are stories but mystery boxes? Thereâ€™s a fundamental question â€” in TV, the first act is called the teaser. Itâ€™s literally the teaser. Itâ€™s the big question. So youâ€™re drawn into it. Then of course, thereâ€™s another question. And it goes on and on. Look at â€œStar Wars.â€ You got the droids; they meet the mysterious woman. Whoâ€™s that? We donâ€™t know. Mystery box! You know? Then you meet Luke Skywalker. He gets the Droid, you see the holographic image. You learn, oh, itâ€™s a message, you know. She wants to, you know, find Obi Wan Kenobi. Heâ€™s her only hope. But who the hellâ€™s Obi Wan Kenobi? Mystery box! So then you go and he meets Ben Kenobi. Ben Kenobi is Obi Wan Kenobi. Holy ****! You know â€” so it keeps us â€” (Laughter) â€” have you guys not seen that? (Laughter) Itâ€™s huge! Anyway â€“ (via)

Sifo-Dyas and the Clone Army 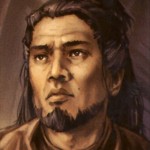 When we get to the planet Kamino in Attack of the Clones, we learn about a mysterious Jedi Master by the name of Sifo-Dyas.Â  Sifo-Dyas was the Jedi Master that ordered the building of the clone army, after being persuaded by Palpatine’s former master, Darth Plagueis, to do so.Â  When we learn about Sifo-Dyas in Attack of the Clones, we have no idea who he is, and the answer is merely that he was the one that put in the order for the clones.Â  That was something that books described later on, but with some creativity, it could have become a part of The Phantom Menace.Â  This would have allowed the start of the clone wars to be revealed toward the end of the first film, rather than merely the end of the second. 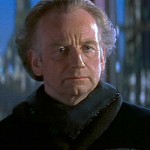 With the inclusion of Sifo-Dyas, the entire clone army plan would have played right into the the Sidious / Palpatine mystery.Â  That was an amazing story that was happening behind the scenes (hence the name The Phantom Menace).Â  The thing is, it didn’t need to be hidden from the audience.Â  It would have made what is already a good story (seriously) all the more intriguing.Â  Palpatine was fighting for Naboo, his home planet.Â  He also hired the Trade Federation to set up a blockade, and put many of the people of the capital city of Theed into concentration camps.Â  The plan also included using a very inexperienced person in the position of Queen of Naboo.Â  This allowed him to manipulate her into creating the groundswell that would get him elected as Supreme Chancellor of the Republic.

The Supreme Chancellor, Count Dooku and the Jedi 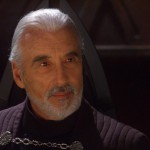 This could have been played out on-screen with Count Dooku entering the picture earlier in the trilogy.Â  I think it would have been interesting to have Dooku still be someone that Qui-Gon Jinn looks up to, and perhaps even have him be secretly meeting with Sidious and Darth Maul.Â  Kind of like Tarkin to Palpatine and Vader in the Original Trilogy.Â  However, I’d also have him kind of manipulating the events to send the Jedi and Darth Maul to Naboo, which leads to both Qui-Gon and Darth Maul’s deaths.Â  The betrayal of Qui-Gon, whom he might have known he was sending to his death, as well as the end of Darth Maul, give him room to become the new apprentice Sith Lord.

Another thought that I had would have Dooku killing Qui-Gon Jinn in the film, either prior to the big Darth Maul fight, or during it.Â  It could have been a scene that sort of parallels the scene in which Obi-Wan and Darth Vader fight in A New Hope.Â  Only this time the teacher defeats his student in battle.Â  If it happens earlier in the film, the Darth Maul fight at the end would have higher stakes, like the final part of their original on screen battle magnified.Â  If it happens at the same location, on Naboo, then Dooku would be cut off from the fight between Obi-Wan and Darth Maul, and would witness Maul’s end himself.Â  Perhaps the scene where Obi-Wan cuts Maul in half, part of the reason why he’s able to succeed is because Dooku uses a force-choke on Maul at precisely that moment.

These few things would have likely made for a far more intriguing film saga.Â  The establishment of the Clone Army earlier in the trilogy, the rise of Palpatine to power, and the path of Count Dooku to Darth Tyranus.Â  All in Episode I, setting up a much stronger trilogy right from the start.

What happened after the Battle of Endor? Find out in Aftermath

Aftermath, a Star Wars novel set afterÂ Return of the Jedi, was written by Chuck Wendig. It will be released on September 4th, 2015, just over three months beforeÂ Star Wars: The Force Awakens releases to theaters. […]

What the New Star Wars Trilogy means for the Expanded Universe

One of the big questions about the new Star Wars trilogy is this: what does this mean for all of the books in the Expanded Universe that take place after the original trilogy? First, some […]