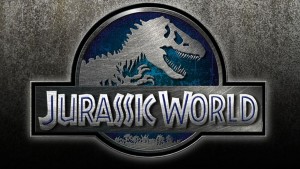 I’ve been waiting for a fourth Jurassic Park for years.Â  When it was announced that it was finally coming, and Colin Trevorrow would be directing, I was excited that it was in the works.Â  And now we have not just a name, but also a release date.

Jurassic World suggests a number of things.Â  For one thing, it could be a theme park, with a name similar to Walt Disney World.Â  The title Jurassic Park probably didn’t fit the type of attraction that they were creating this time.Â  Rather than a guided tour of giant enclosures, which proved to be a colossal failure, perhaps this time it’s a place that includes rides, performances and shows.Â  However, the name could also refer to the reach that the dinosaurs have gained since the first film, and how far they may have begun to spread.Â  Perhaps there has been an attempt to use the plant-eaters as beasts of burden in parts of the world.Â  It’s entirely plausible that, by this time, the safer herbivores were cultivated from the island and introduced to the rest of the world to serve a purpose.Â  It’ll be interesting to see if I got anywhere close with either of these ideas.