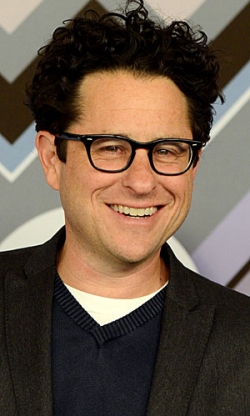 Call it the twist of the century, and something that I have been hoping for ever since I heard news that there were going to be new Star Wars films.

What many considered to be an impossible situation has actually happened.Â  J.J. Abrams has quickly become one of my favorite directors, having created some of my favorite TV series, and actually did the impossible: got me to watch a Star Trek film based on his name alone.Â  And I’ll be watching my second Star Trek film with his second film in the series: Star Trek Into Darkness.Â  I have heard that he’s signed on for three Star Trek films, so I’m pretty sure that after he completes work on Episode VII, he’ll likely meet up with his writing team to start scripting and ultimately direct Star Trek III.

Abrams also directed the great 80’s Amblin style film, Super 8, which was a great little film that recaptured the adventurous film styles of E.T. – The Extra-Terrestrial and The Goonies.

I remember reading somewhere, years ago, that Abrams had always dreamed of directing a Star Wars film.Â  I am quite certain that the folks at Paramount weren’t about to put a strain on their relationship with Abrams, and he went with their blessing.Â  After all, who would deny someone their life-long dream and ambition?

What does this mean?Â  Allow me to dream.

The way that Abrams was able to bring an emotional response from the entire audience within the first few moments of the Star Trek film that he directed, I could imagine him doing the same with this film.Â  In fact, I can imagine this new film being unlike all prior Star Wars films right from the start.Â  Of course, it could (and likely should) start out with the traditional “A long time ago, in a galaxy far far away…” screen, plus the title and opening crawl.

Allowing a bit of dreaming, however, what if (what if), it started with the “A long time ago” screen, and when right into a prelude.Â  Something to set up the return of Star Wars, to properly kick off the new story, and after a short sequence, BOOM!Â  STAR WARS.Â  Then the opening crawl scrolls up, and we are launched into the film.Â  Part of the problem is that it removes the need for an opening crawl, almost entirely.Â  However, if handled carefully, it could still work.

Will it be for one, or all three?

The next question, now that we know he’s directing Episode VII is this: has he signed to direct only that film, or will he direct the trilogy?Â  While the prequels were all directed by George Lucas (with some directing on Episode III by Steven Spielberg and Francis Ford Coppola), the original trilogy was directed by three different directors.

Personally, I won’t mind if he sticks around for all three, to keep the directing style consistent for the trilogy.Â  With someone like Abrams in the director’s chair for this one, however, I wouldn’t mind seeing another A-list director take the reigns for the next ones.Â  Perhaps Jack Bender, who directed many episodes of Lost, could make the move to the big screen with one episode.

Didn’t he recently say he wasn’t going to direct?

“Look, Star Wars is one of my favorite movies of all time. I frankly feel that â€“ I almost feel that, in a weird way, the opportunity for whomever it is to direct that movie, it comes with the burden of being that kind of iconic movie and series. I was never a big Star Trek fan growing up, so for me, working on Star Trek didnâ€™t have any of that, you know, almost fatal sacrilege, and so, I am looking forward more then anyone to the next iterations of Star Wars, but I believe I will be going as a paying moviegoer!” (Hollywood Life, November 9, 2012)

“There were the very early conversations and I quickly said that because of my loyalty to Star Trek, and also just being a fan, I wouldn’t even want to be involved in the next version of those things. I declined any involvement very early on. I’d rather be in the audience not knowing what was coming, rather than being involved in the minutiae of making them.” (Empire)

What changed his mind?

Only he knows, but my guess is that he probably couldn’t believe he had turned down the job that he has wanted for his entire life.Â  He also likely had to clear some room in his schedule to make sure that he could make it happen.Â  Another possibility is that Lucasfilm made him an offer he couldn’t refuse.

What do you think?Â  Are you as excited as I am?