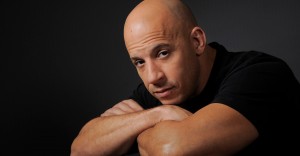 Around the same time that Chuck Norris jokes became popular, Vin Diesel jokes were also spreading. I think Chuck Norris is one of those celebrities that’s in that strange spot between famous and in-famous, because of the cheesy nature of the shows and roles that he takes part in. Here are a few jokes about Vin Diesel.

The crater in the Yucatan Penninsula was created when Vin Diesel’s spaceship ran out of fuel and crashed into the face of the earth.

Vin Diesel discovered his name is an anagram for “The perfect human”. Those who were skeptical attempted it and found it was indeed true.

Vin Diesel got so angry at a mountain blocking his path that he punched it as hard as he could. Some of the pieces came back down and are now called Stonehenge. The part that didn’t became the moon.

You know what is a funny show? Scrubs. Wow, what a funny show! It resulted in this conversation I had with my friend Malachi at the http://www.matrixfans.net chatroom: [09:24] Malachi: Dr. Daman is going to […]