These are the team comics that I’m the most interested in, which haven’t been listed in any of the other articles I wrote prior to this.Â  There are two Justice League teams, a very Young Justice like Teen Titans and a pair of Legion of Superheroes titles.Â  I’m most excited for Justice League and Teen Titans, out of the lot of them, as they appear to have the characters that I know and like. 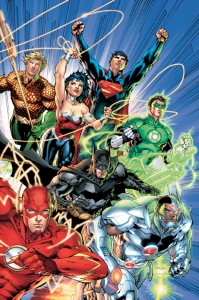 Featuring the major characters of the DC universe: Superman, Batman, Wonder Woman, The Flash, Green Lantern, Aquaman and Cyborg (?), this is the title that starts it all.Â  I really enjoy seeing multiple heroes working together. 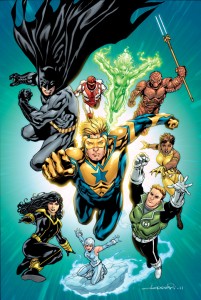 This team also features Batman, lending more credibility to my theory that Batman has likely become the most popular character in the DC universe.Â  It also features a Green Lantern from the looks of things.Â  It appears that they don’t get along very well, based on this summary from DC: “A team of internationally-drafted superheroes fight each other and their bureaucratic supervisors as much as they do global crime.” 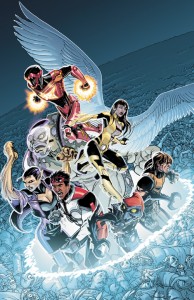 I’ve always been intrigued by the team of heroes from the 31st century, and this is as good a time as any to see if I’ve been missing something that I might really enjoy.Â  The DC comics summary reads: “Seven heroes from the 31st century have traveled back to the present day. Their mission: Save their future from total annihilation. When the future tech they brought with them fails, they find themselves trapped in a nightmarish world and an ultimate struggle to survive.” 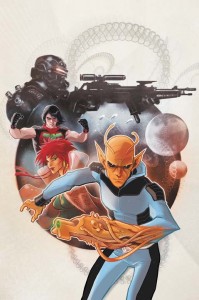 This appears to be the rest of the team that had traveled back in time.Â  At first I was put off by the artistic style of the cover art shown here, but then I read the summary, which seems to place it hand-in-hand with the Legion Lost series: “In the 31st century, the Legion of Superheroes is reeling from the loss of seven of their finest â€” and trying desperately to keep their youngest recruits alive against a series of terrible new threats.” 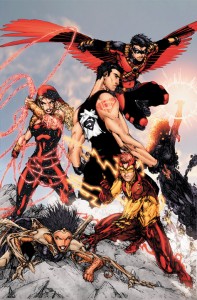 This is a title that I am very excited about.Â  Not only is it reminiscent of Young Justice in the line-up which features Superboy, Wonder Girl, Kid Flash and Red Robin among others.Â  It is also written by Scott Lobdell, who wrote a favorite X-Men comic of mine: Generation X.Â  I think that, of the titles above, I may be more likely to continue reading this one, if not Justice League as well.