With the reboot comes the relaunch of two characters that have been spoken about in mass media within the last year.Â  Both were being filmed in live action productions, but only one of those is being released at this time.Â  Green Lantern is in theaters, and the reboot is likely to follow in the footsteps of the film.Â  Wonder Woman was filmed as a pilot for a potential tv series that didn’t get picked up to series. 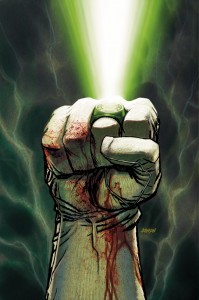 Green Lantern has very little details about it, but it is only one of a number of new Green Lantern related titles that are being released this September.Â  All DC says about it is: “Change is coming. But set aside your fear. Itâ€™ll be worth the wait.” (more) 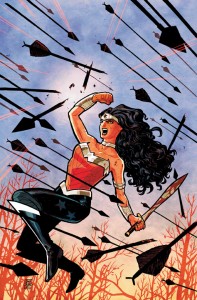 I was happy to see Wonder Woman appears to be keeping her new costume.Â  It’s good to see they’re sticking with the look.Â  The old one was definitely not practical, and while this one isn’t much more, it’s a much better costume to me.Â  Besides, Wonder Woman’s costume has changed so many times over the years that adding pants to it is relatively minor.Â  It still has the overall look, and no one will question whether or not this is her.