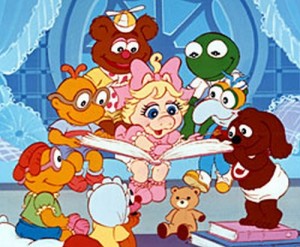 About a year ago, Disney made the ultimate purchase.Â  One that made my dreams of seeing more Star Wars films on the big screen possible.Â  They bought Lucasfilm.Â  It was this purchase that has actually completed a project that I am now convinced was the plan from the time they bought the Jim Henson Company back in 2004 for an undisclosed amount somewhere around $200 million.Â  It was actually a much longer journey as Disney had originally purchased distribution rights to all of the Jim Henson Company productions way back in 1991.Â  It took until September of 2008 before Disney finally rebranded the Muppets Holding Company as Muppet Studios, and placed it under new leadership.

With phase one complete, it was time to begin work on phase two: the acquisition of Marvel Entertainment.Â  This was a massive purchase costing $4.24 billion.Â  Disney needed to get control of Marvel Productions, and this was one way that they could do so.Â  They didn’t want to have any red-tape, even though they very likely had all of the rights they needed thanks to the acquisition of the Muppets.

Lastly, they needed the final piece of the equation.Â  They needed the footage that was used from both Star Wars and Indiana Jones franchises.Â  And the best way to do that?Â  Spend $4.06 billion on the purchase of Lucasfilm.Â  That brought in both franchises.

With the total cost being about $8.5 billion, Disney is very close to being able to achieve their ultimate goal: the release of Jim Henson’s Muppet Babies on DVD and Blu-ray. I had been thinking about the overall purchases that Disney was making, and one day it dawned on me that all of these things were connected.Â  And with a little bit of research, I found that I wasn’t the only one to think of this.

From what I can gather, the only thing left standing in their way is a simple licensing of some footage from Ghostbusters from Sony Pictures.Â  Unless they plan on purchasing the rights to the Ghostbusters franchise (which I’d have no problem with, as they seem to just do everything right with the franchises they acquire).Â  There are also bits from Star Trek: The Next Generation, which belong to Paramount, among a few other things.Â  It seems to me that we’re as close as ever, and so is Disney.

That’s a pretty large investment so far, though, and I hope that the eventual release of this classic masterpiece of animation works out for them, and they make back the billions they’ve spent in gathering the exclusive rights to the series.

5 Reasons I still buy Blu-ray and DVD, and will continue to

I have a decent collection of movies and television shows on Blu-ray and DVD. It’s something that most of my friends know, and they often ask me what movies are out that are worth seeing, […]

Christmas 2009 came with a new gift from Disney â€¢ Pixar: Prep & Landing.Â  This is a new holiday classic featuring a pair of elves that prepare each home for the arrival of Santa Claus.Â  […]