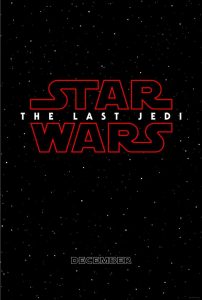 This list was written a while ago, but I wanted to wait until I’d posted my best of 2016 list to post this. That said, I’m still not done watching the movies from that list, so I won’t be posting it yet. I did want to post this one, though. I’ve already seen one movie from this list, and I have to say, I should have placed it higher on the list.Â Split has just bumped the next Shyamalan film up higher on my list for the year it is coming out.

LAST JEDI SPOILERS ARE PRESENT. IF YOU HAVEN’T SEEN IT YET, DON’T READ. RUN TO THE THEATER. A lot of people have been talking aboutÂ The Last Jedi in very different ways, and there is a […]