This month is very light on the releases. It looks like it’ll be at the very least G.I. Joe. If Transformers 2 is still running, perhaps I’ll go see that again. It should also mark the start of filming on Voyage of the Dawn Treader. When in Rome also releases at the same time. I’m not very keen on this one, but I did stumble through the set while I was in New York in May 2008. The following week, Bandslam (Band Slam?) releases. This marks the end of the summer movie season. It wasn’t a very big summer as far as movies go, but Transformers is the tops.

I was never much of a fan of G.I. Joe when I was a kid. I was more into Voltron, ThunderCats, He-Man, Transformers and The Real Ghostbusters. But I’ll give this a shot. It looked really interesting as far as the trailer was concerned, and that was enough that a lot of friends of mine were really intrigued and the talked about it a lot. It’s not the one I’m most looking forward to, but it’s the only release in August that I’m interested in at this time.

I was in New York and walked through the set accidentally when they were shooting it. That’s the only reason I know anything about this movie. I don’t know if I want to see it, but I am curious to see the scene that was shot when I was there, if nothing else.

Walden Media’s lone 2009 entry. I like their films, and am curious about this one. 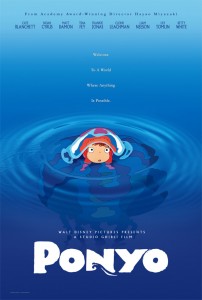 One of the greatest motion pictures in the history of film, if not the greatest. Growing up, this movie had a lot to do with who I am today. I connected with Daniel on a […]

My Most Anticipated Movies of June 2009: Transformers: Revenge of the Fallen, Land of the Lost

This month features my choice for my potential favorite film of the year. With Transformers: Revenge of the Fallen hitting on the 24th, it’s the date that I am looking forward to the most. Land […]