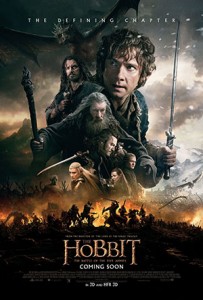 WAY better than the Matthew Broderick version from 1998. This is Godzilla as it was meant to be seen. I actually own this one.

I was surprised by this, and really enjoyed the story.

Why, Bryan Singer, do you have to ruin an otherwise good movie with that shot of Wolverine at a window?Â Why? For that, you’re an idiot. The rest of the movie makes my list.

Disneynature takes us on an adventure with Bears.

Andrew Garfield and Emma Stone elevate what would have been an otherwise bad Spider-Man movie and it makes my list because of their chemistry alone. Too bad it had Electro in it.

7.Â How to Train Your Dragon 2

As good as, if notÂ better than, the first film. It soars.

Not as good asÂ The Muppets, but I expected that. The soundtrack didn’t grab me as fast as the first one’s did, but in listening to it over and over in my car, I began to love the songs nearly as much. The opening song for the film serves as a transition between the style of the first movie and the style of the second. Here’s hoping for a third!

Surprise of the year. Great movie. The end of the movie took an otherwise hilarious movie and gives it a depth that I didn’t see coming.

4.Â Guardians of the Galaxy

I had a great time with this one, but didn’t like some of the jokes in it. Not a fan of innuendo. But it was still a great time, and Groot became a fan favorite overnight.

A great Captain America movie. Not enough Agent Carter, as she kind of stole the show inÂ The First Avenger, but she’s getting her own mini-series soon, so there’s that.

I didn’t expect to love this movie as much as I did. Baymax is a new favorite character, and I wish that I had one.

1.Â The Hobbit: The Battle of the Five Armies

My favorite movie of the year, bar none. The final movie in Middle-Earth and I couldn’t have been happier with it. It elevates the prior two Hobbit films, and thanks to the stunning conclusion I can now placeÂ The Hobbit next toÂ The Lord of the Rings on my shelf. Everything was here, from Bard’s stunning and moving confrontation with the dragon Smaug to Bilbo watching his friend Thorin fall apart. It culminates in a scene between Bilbo and Thorin that is emotional and the heart of what this story is all about.

In the end, I’m pleased with Peter Jackson’s work onÂ The Hobbit. I have seen very undue criticism fired at Jackson, but here’s the thing: It is not Jackson’s fault that he was working from weaker source material this time than he had forÂ The Lord of the Rings.Â The Hobbit was written by Bilbo Baggins,Â The Lord of the Rings by Frodo Baggins. Both had different ways of telling their stories, and that is actually reflected in the movies the same way.Â The Hobbit is no less an achievement in film thanÂ The Lord of the Rings, they’re just very different stories with vastly different motivations and stakes. For one, it wound up with a battle that was fought over a massive hoard of gold as well as a critical stronghold for what could be an upcoming war. For the other, it was the very survival of the people of Middle-earth. It was always going to be different. Our reactions to it are the same as reactions to the source material. Some likeÂ The Hobbit better thanÂ The Lord of the Rings and others vice versa. Likewise, the movies.

I just wish that people would stop believing thatÂ The Hobbit was widely hated. That’s not at all true. It tops my list for 2014, and that’s enough to categorically say that I’m correct. Best movie of the year.

The Hunger Games: Mockingjay – Part 1 – Hopeful that Part 2 elevates this one to another level the way that the Hobbit movies were by the third part.
Interstellar – Enjoyed watching this until the end collapsed the story in on itself.
Maleficent – I like Disney’s direction, but was not a fan of how they approached the three fairies. I would have rather had three jawdroppingly beautiful fairies than what they did here.
Noah – I visited the set. I met Russell Crowe. I met Darren Aronofsky. I met the film’s producers and climbed around the Ark. I was told many things about the movie that didn’t actually make it to the big screen. What I was told would have been great. This wasn’t.
Unbroken – I liked it and then I didn’t. And then I kept not liking it. It had a coda at the end that should have been shown on screen. That would have made all the difference.

Teenage Mutant Ninja Turtles Back in Live Action Movie in 2011?

A few months ago, I wrote about a rumor that they were going to be doing a hybrid Ninja Turtles film, with live action actors and CG Turtles. It appears that it wasn’t too far […]

Disneynature Films – What’s next? Wings of Life and Bears

Disneynature is a company that was launched in April 2008 to bring back one of the staples of Walt Disney’s career: True-Life Adventures.Â  I’m a pretty big fan of the company, and their work, so […]