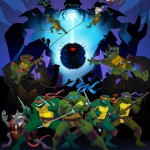 Turtles Forever – The mere premise of it was mind-blowing.Â  A feature length adventure featuring a team up of the TMNT team of the 80’s-early 90’s cartoon as well as the 90’s-early 00’s cartoon versions of the heroes.Â  When I first heard about it, I couldn’t believe what I was reading was actually coming.Â  Not only that, but I was surprised by just how soon it was going to be released!Â  It was originally going to receive a theatrical screening, but plans for that fell through.Â  Instead, it premiered on TV one Saturday morning.

There is no word of a DVD release yet, but the studio is working on it.Â  It was created as a direct-to-DVD feature film, but since the rights to the TMNT have been sold to Nickelodeon, there are issues that need to be tied up.

I don’t want to spoil all of the fun for anyone that grew up watching the Teenage Mutant Ninja Turtles cartoons, but let’s just say, there are cameos galore.Â  Keep your eyes peeled for many of the characters from the older cartoons to appear in different scenes, sometimes in the foreground or background for a few seconds.

The writing is very good, as is the directing.Â  Just when you thought it couldn’t get any cooler, they bring in some very unexpected characters, and the whole thing gets more exciting.Â  I know that is very vague, but I suspect that, if you’re a Turtles fan, the prospect of the team up has already caught your interest.Â  If you’re not, nothing I say will convince you otherwise.

The one downside is the voices of the ’88 Turtles.Â  They didn’t get the original cast members back, and I wish that I knew why.Â  If you know, please comment.Â  The voices are pretty close, though, overall… though Leonardo’s is very drastically different.

I can’t wait to own this on Blu-ray (if possible).Â  If not, then DVD will suffice.

Watch it on 4Kids TV while it’s available: Turtles Forever 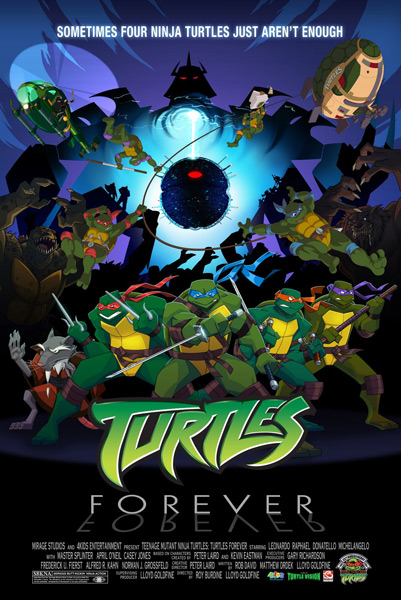 In 1993, Teenage Mutant Ninja Turtles III was released, closing out the trilogy of Ninja Turtles films with a film that is decidedly sub-par. Especially when you compare it to the first two in the […]

Properties that Should Be Movies: M.A.S.K. and Dino-Riders

I’m going to start writing a bit about some of my favorite properties when I was young, that I think would make excellent films. Especially if the properties are handled correctly. Now, some of us […]