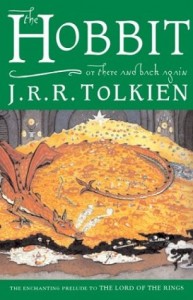 After much talk about the Hobbit film being shot as one film, with a second film to bridge The Hobbit to The Lord of the Rings, a final decision has been made. Peter Jackson and Guillermo del Toro have made an announcement about the make-up of the Hobbit films to be made:

‘We’ve decided to have The Hobbit span the two movies, including the White Council and the comings and goings of Gandalf to Dol Guldur,’ says Del Toro.

‘We decided it would be a mistake to try to cram everything into one movie,’Â adds Jackson. ‘The essential brief was to do The Hobbit, and it allows us to make The Hobbit in a little more style, if you like, of the [Lord of the Rings] trilogy.’Â

This is a sensible decision and I’m glad that they went this route, rather than attempting to craft a second film that might have largely been their own invention for a bridge film. This is excellent news.

As far as future films in the saga, The Children of Hurin and The Silmarillion are both ripe for the picking!

The Hobbit release dates are as follows:

Do you remember the cartoon series Denver the Last Dinosaur?Â  This was a show that I used to watch when I was younger, about a group of teenagers that found a dinosaur egg that hatched, […]

“I put before you the one great thing to love on earth: The Blessed Sacrament. There you will find romance, glory, honor, fidelity, and the true way of all your loves on earth, and more […]

Hey everyone.. I just saw Batman Begins with my awesome friend Jaci. Haven’t seen her in about, oh, a year and some months. I think the last time was at Catholic Central and West Catholic’s […]