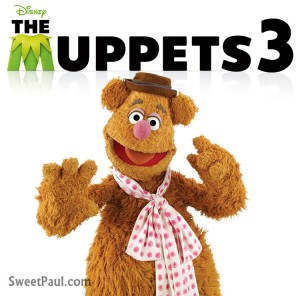 I’m a big fan ofÂ The Muppets. I have been since I was very young. WhenÂ The Muppets came out in theaters back in 2011, I had been highly anticipating its’ arrival for years. And I was not disappointed. I found myself enjoying every minute of the movie, and couldn’t wait to see it again. Even more than that, I couldn’t wait for moreÂ Muppets. I didn’t just want a sequel to this movie. I also found myself wanting moreÂ Muppet Show.

And then in March of 2012, they announced thatÂ The Muppets would be getting a sequel. Muppets Most Wanted would be released two years later, in March 2014. It didn’t do as well at the box office as the last film, but that doesn’t really mean too much. The last film was really an anomaly in the history of the Muppets at the box office.Â Muppets Most Wanted is a good and goofy Muppet movie, not quite as good asÂ The Muppets, but not off by much. I have the soundtrack in my car, and the songs get funnier with each listen. In fact, the movie was funnier the second time than it was the first time through. I was hoping that the magic and excitement of the first would repeat, but that wasn’t to be.Â Muppets Most Wanted has to be taken on its’ own terms, like all of the other films before it. It gave Walter a chance to show where he fits in with the rest of the gang.

As a friend of mine, Tom, put it so well: “MUPPET MOVIE & THE MUPPETS were about heart, GREAT MUPPET CAPER & MUPPETS MOST WANTED were about unfiltered wackiness, both things the Henson team have excelled at since 1969!”

Even though each Muppet movie is disconnected from the others, it feels like they’re all connected in some way.Â The Muppets brought them all back together again,Â Muppets Most Wanted took them on a world tour, andÂ Muppets 3 could take it from there, bringing them back to America, where they have a goal of bringingÂ The Muppet Show back to television in a world where streaming media has kind of taken over. Or they have to save the old Muppet Theater from being torn down by an evil oil baron.

My dream would be a third film that leads into the return ofÂ The Muppet Show to television. It could be calledÂ The All-New Muppet Show or something simpler. They tried to do this back in the mid 1990s withÂ Muppets Tonight, but the host of that show wasn’t Kermit, and it didn’t have the familiar Muppet Theater feel to the show. It had some skits that were much more for the adult fans who grew up watching the original show, than skits that everyone could enjoy together as a family. These two movies have proven one very important thing, though: they can bring the magic back again.

If they announce a third film right now, it could be out by November of 2016 or in early 2017. Come on, Disney, let’s make it happen. It’s time to play the music. It’s time to light the lights.

The sequel to 2011’s The Muppets, called Muppets…Again! (aka The Muppets 2) has begun production in London.Â  It will be in theaters on March 21, 2014.Â  The Muppets was one of my favorite movies of […]

The Muppets to appear on Good Luck Charlie Season 4 Premiere

As readers of this blog may already know, I’m a pretty big fan of The Muppets.Â  I thought the last film, 2011’s The Muppets was a return to form, and the first that I’ve thoroughly […]