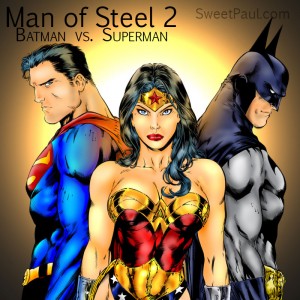 Remember that, prior to Iron Man‘s release in 2008,Â The Avengers and the characters that make up the team (includingÂ Captain America andÂ Thor) were considered Marvel’s B-team by the general public. It wasn’t until Robert Downey Jr., a team up between screenwriters and comic book writers, and a risky plan, that these three characters became the household names they only were to those that managed to open a comic book. At Christmas, I was asked by a cousin who’d never seenÂ Captain America orÂ Avengers why Cap was a good character at all. This same cousin wouldn’t question Batman.

Zack Snyder recently spoke with Forbes about the upcoming sequel toÂ Man of Steel, and he described some test photos that were done recently. It confirms that we’ll see all three characters in costume. It doesn’t confirm that we’ll see them all together, but it’s now a possibility.

â€œWe just went through Supermanâ€™s 75th, and it was very excitingâ€¦ and to me, it was just really awesome. And the idea of having the Batman 75th and the Wonder Woman 75th together is kind of an amazing thing, tooâ€¦ The thing also thatâ€™s really fascinating for me is that, even just in the tests weâ€™ve been doing, the costumes, right? You basically have Batman and Superman â€” and this is without Ben [Affleck] and Henry [Cavill] in the costumes, but just like the stand-ins, just testing to see what the costumes look like. AndÂ  you have them standing there and theyâ€™re standing in the same shot â€” and then we have Wonder Woman, you know, all three of them in the same shot.

Even just for a test, you really have to go, â€˜Wow, thatâ€™s crazy!â€™ Not only is it the first time that Iâ€™m seeing them, itâ€™s the first time theyâ€™ve ever existed together on screen in a movie. And thatâ€™s kind of a huge deal. Even just Batman and Superman standing next to each otherâ€¦ [I]tâ€™s kind of epic. You do sort of sense the weight of the pop culture iconography jumping out of its skin when youâ€™re standing there looking at the two of them and Wonder Woman. Itâ€™s crazy. But itâ€™s fun. I mean, I have the first photo, Iâ€™ve got it in my archive because I was like, â€˜Okay, I better keep this, itâ€™s gonna be worth something.â€™â€

I have to say this: watching Avengers was fulfilling a dream of mine that I had since first reading theÂ Heroes Reborn version ofÂ Avengers #1. I continued reading that series for a long time after theÂ Heroes Reborn storyline was over. I’d always wanted to see these characters together on the big screen, and never thought it would actually happen, or happen that well.

And now we’re going to be seeing this. Superman, Batman and Wonder Woman in one film together. Hopefully that leads to aÂ Justice League film. 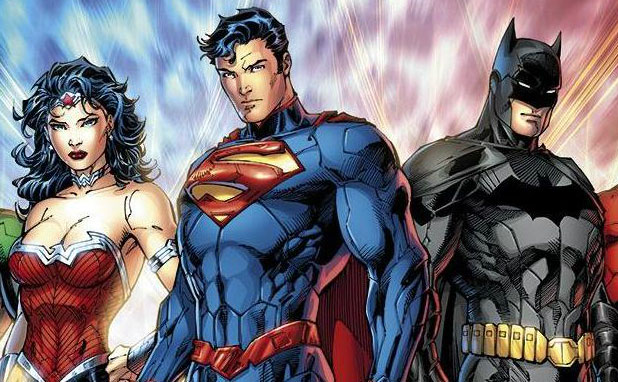 With the reboot comes the relaunch of two characters that have been spoken about in mass media within the last year.Â  Both were being filmed in live action productions, but only one of those is […]

Thoughts on Man of Steel 2 (aka Batman vs. Superman)

If you know me, you know my reaction to this already: wait and see. I absolutely LOVED Man of Steel, and am hoping that Man of Steel 2 is another great Superman film. Including Batman […]