The sequel to 2011’s The Muppets, called Muppets…Again! (aka The Muppets 2) has begun production in London.Â  It will be in theaters on March 21, 2014.Â  The Muppets was one of my favorite movies of 2011, so I’m very excited for this one, even though I’m not a very big fan of the human cast members this time around.

It finds the Muppet repertoryÂ company enjoying a triumphant world tour, only to become tangled up with aÂ criminal mastermind named Constantine, who is out to steal an enormousÂ diamondâ€”and who happens to be a dead ringer for Kermit.

â€œI always lovedÂ those classic jewel-heist capers from the â€™60s and â€™70s, so I was very keen toÂ do a movie that had elements of that [genre] featuring the Muppets andÂ comedy and songs,â€ says returning director James Bobin, who co-wrote theÂ script with Nicholas Stoller. 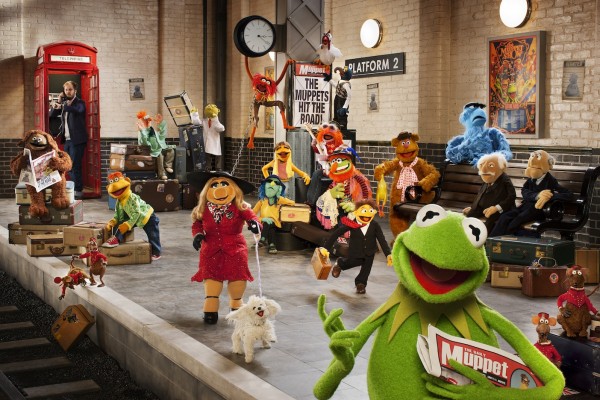