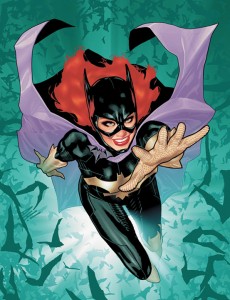 I used to watch the Adam West Batman tv show, and that was where I was first introduced to the Batgirl character.Â  Later on, she reappearedÂ  in Batman: The Animated Series and Barbara Gordan was again in the role.Â  In the comics, DC had her paralyzed at some point and she went under the name Oracle in the series Birds of Prey. That series is also being rebooted, and it appears that Oracle is no longer going to be part of that team as Barbara Gordon is re-taking the Batgirl mantle.Â  I had read a Batgirl series that featured one who was mute, and have been following the latest Batgirl, but this puts a monkeywrench into all of that.Â  In the new series, she’s “going to have to face the cityâ€™s most horrifying new villains as well as dark secrets from her past.” 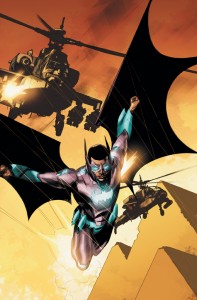 This character is a complete unknown to me, and for this reason is very intriguing to me.Â  Batwing is “the first black character to wear the Batman mantle and will be the first to star in his own ongoing series.” 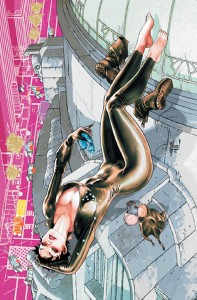 Now that we know she’s going to appear in Chris Nolan’s next Batman film, The Dark Knight Rises, it makes me wonder if they’re basing any of this character’s reboot on that, or the look of Anne Hathaway in the film.Â  We’ve not yet seen her in the film, though, so that remains to be seen.Â  This is a title that I’ve never read, so it is a complete unknown to me, apart from what I know of the character from animation. 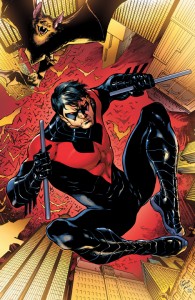 Dick Grayson, the first Robin, returns to the role of Nightwing after a brief stint as the caped crusader himself.Â  Here is DC’s summary of the starting point for the new series: “As Dick embraces his identity, Haleyâ€™s Circus, the big top where he once performed with his family, returns to Gotham – bringing with it a history of murder, mystery and superhuman evil. Nightwing must confront friends and enemies from his past as he searches for the source of an even greater evil.”Â  This is one that, like Catwoman, I’m not terribly excited about.

The Red Hood and the Outlaws #1 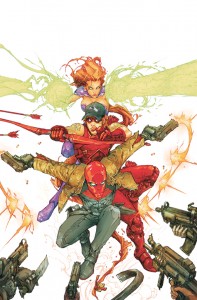 Here’s another former Robin, one that in recent years made a return to the DC comics world: Jason Todd.Â  He will be The Red Hood as he had been in the past.Â  He will be joined by Arsenal and Starfire on this team of anti-heroes.Â  This is another title written by Scott Lobdell. 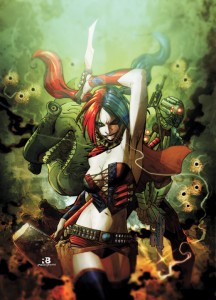 The title of this, I do not like, but in my research I found that it is actually a much older title that I had never heard of.Â  Harley Quinn appears to be the leading character in the series, and is a character that I really liked in Batman: The Animated Series.Â  I just don’t like where her costume has gone since then.Â  Ah well, such is the audience that they’re catering to, unfortunately.Â  Here’s the summary from DC: “Harley Quinn! Deadshot! King Shark! Theyâ€™re a team of death-row super villains recruited by the government to take on missions so dangerous â€“ theyâ€™re sheer suicide! Who will be the first to crack under the pressure?”

My Most Anticipated Films of 2016

Here is my list of most anticipated films for the year. I think I missed doing this list last year, but I wanted to make sure to put this list together for 2016. We […]