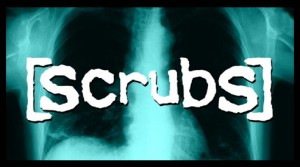 I was expecting this to happen, and am very hopeful for a brilliant start to a new chapter in the world of Scrubs.  The chapter featuring Dr. John Dorian’s first 8 years, from intern to resident has come to a close, and now it’s time for a new chapter.

The Hollywood Reporter has the details:

It seems Scrubs will indeed be back. The Hollywood Reporter says deals have now been signed with most of the key cast to return, at least in some capacity, for Season 9 of the series.

Zach Braff and Sarah Chalke have both agreed to return for six episodes next season. Donald Faison, Neil Flynn and John C. McGinley all are awaiting word on pilots they shot, but the Hollywood Reporter says that all three will return as regulars if their pilots are passed on. The Reporter says Judy Reyes has not been approached for a new deal, but may also appear in a guest capacity.

The intention is also to elevate the roles of some of the new intern characters – ABC has passed on No Heroics, the pilot starring Eliza Coupe (“Denise”, AKA “Jo”), making it more likely she will be a part of Scrubs: Season 9.

ABC will announce their full schedule for 2009-2010 this coming Tuesday, and presumably, Scrubs will be a part of it.

You know what is a funny show? Scrubs. Wow, what a funny show! It resulted in this conversation I had with my friend Malachi at the http://www.matrixfans.net chatroom: [09:24] Malachi: Dr. Daman is going to […]