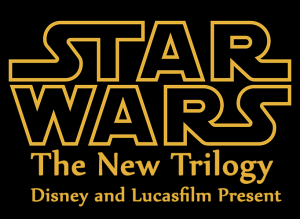 Since the announcement that Disney bought Lucasfilm, there has been a wide range of reactions to it, from the very optimistic and positive, to the stunningly negative and outrageous.Â  There are many reasons to be optimistic though, and I feel there are no valid arguments against Disney at this point.Â  Within the last few years, Disney has made some pretty smart moves with their acquisitions.Â  Let’s take a look at that to see why Star Wars is safe in the House of Mouse.

Acquired by Disney in 2004, they started out by creating “The Muppets Studios” and making some mistakes with the characters, creating some very lackluster made-for-tv specials that don’t come close to matching the magical qualities of Muppet Family Christmas and The Muppet Christmas Carol.Â  Everything changed for the better when Disney assigned a new general manager for the Muppets Studios.Â  Lylle Breier was the third manager in three years but came aboard with a big difference: she was a life-long fan of the Muppets.Â  The quality of their work increased since she took the position in 2006.Â  In 2011, Disney released The Muppets, which was the first film to bring back the Jim Henson magic in many years.Â  It was a home-run that fired on all cylinders.Â  Early in 2014 we’ll see the sequel, The Muppets…Again! come to theaters.Â  We can see that Disney clearly learned from their mistakes, and continued to seek ways to improve, to make sure that their investment actually pays off, eventually.

A company that Disney teamed up with on many films prior, it was finally acquired in 2006. Part of the conditions for the acquisition included Pixar running as a separate entity, which has been successfully upheld since then.Â  In fact, the talented filmmakers at Pixar have since started to help the rest of Disney’s film slate stronger, helping with the story development at the Walt Disney Studios.Â  It was a great buy for Disney, and for Pixar, as it allowed Pixar to continue developing movies with their characters (such as the incredible Toy Story 3).

When Disney bought Marvel, there was an outcry unlike anything I’d seen before.Â  The Muppets made sense for Disney.Â  Pixar made sense for Disney.Â  Did Marvel?Â  History should have told us everything we needed to know about how Disney would handle Marvel after the 2009 acquisition was complete.Â  They followed through with phase one of the Marvel Cinematic Universe, and phase two has just begun.Â  They’ve been hiring talented people to create the films in the series, and doing something else that was practically unheard of before: having the screenwriters consult with the writers that bring the characters to life on a monthly basis in the comics.Â  They’ve been getting practically every character right since then.Â  We can only wish that they’d get all of the Marvel characters back into the fold, as Sony holds Spider-Man and Fox holds Fantastic Four and Elektra.Â  All of that to say that Disney has proven themselves again, with Marvel, that their ownership proves beneficial, and not detrimental, to the companies and properties that they purchase.

This brings us to the 2012 acquisition of Lucasfilm.Â  This is probably the one with the biggest weight.Â  It comes with two massive properties in Star Wars and Indiana Jones.Â  It also includes Industrial Light & Magic, Skywalker Sound, LucasArts, Lucasfilm Animation, Lucas Books, Lucas Licensing and Lucas Online.Â  Disney’s not going to step on any toes with this, and they’ve already proven that three times over.Â  Based on what they’ve done previously with The Muppets, Pixar and Marvel, we have no reason to doubt how Disney will handle Lucasfilm.Â  And so far, they’ve been making some bold moves.Â  With Kathleen Kennedy at the helm of Lucasfilm, and the Disney machine willing to do what it takes to make their investment a success, they’ve courted J.J. Abrams to direct the first of the new Star Wars films, and have Lawrence Kasdan and Simon Kinberg on board to write their own stand-alone Star Wars films on top of consulting.Â  Plus, Toy Story 3 writer Michael Arndt is writing the script for Star Wars: Episode VII.

This acquisition has also managed to do something that many felt couldn’t be done.Â  I’ve known it was possible, but I doubt many would have believed me, because I’m a fan of the prequels.Â  What Disney has managed to do is restore the excitement around Star Wars.Â  Fans that had written the whole franchise off are now talking with an optimism not seen since 1999.Â  There are always going to be the haters.Â  Just like the prequels, the only thing that will satisfy many of the fans is a re-release of the original theatrical cuts of the original trilogy.Â  That said, it’s great to see Star Wars being discussed with a sense of hope, the unknown, and excitement once again.

What happened after the Battle of Endor? Find out in Aftermath

Aftermath, a Star Wars novel set afterÂ Return of the Jedi, was written by Chuck Wendig. It will be released on September 4th, 2015, just over three months beforeÂ Star Wars: The Force Awakens releases to theaters. […]