One of my top 5 favorite films of all time, The Shawshank Redemption, is coming to Blu-ray Disc on December 2, 2008. It’s one of those films that you can watch over and over, and it’s still as great as the last time you saw it.

This release will have all of the same features as the Special Edition DVD set that was released previously: an audio commentary by director Frank Darabont, a pair of documentaries, a stills gallery, additional storyboards, a “Charlie Rose Show” interview with Darabont and star Morgan Freeman, and the theatrical trailer.

The Blu-ray, however, is going to come in “Digi-Book” packaging. It includes a collectible booklet with rare photos, production notes and other archival materials.

It’s going to be presented on a BD-50 dual-layer disc at 1080p with Dolby TrueHD 5.1 Surround Sound.

See the Cover Art after the break. 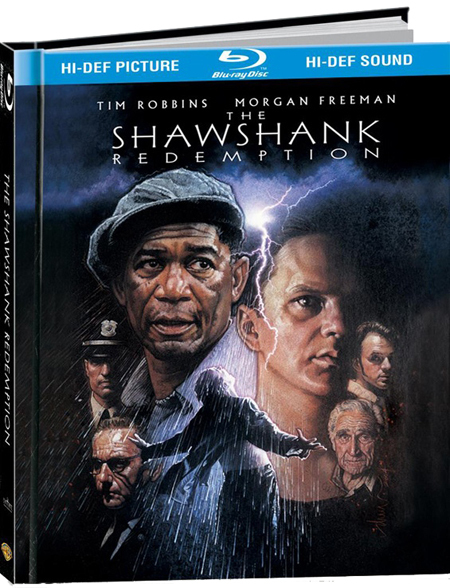 Ed is another one of those shows that is being held up because of the music that they used in the show.Â  Over the years there have been some rumors about work being done on […]

A Mighty Wind is a fine and funny movie. It’s really impressive that the whole thing is improved. The Shawshank Redemption should be available on DVD this year, but hasn’t been announced yet, as far […]