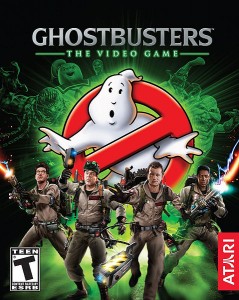 Wow! I know what I am doing on June 16th! Get ready for the return of the Ghostbusters in the video game that I have waited 25 years to play. Seriously, from the time I was a kid, at the arcade, playing the Ghostbusters arcade game, I have wanted a Ghostbusters game just like this.

In my head I imagined a game where you would take on a single ghost at a time, like when the busters go after Slimer in the first film. Or maybe two, like in Ghostbusters II. But every video game had multiples of ghosts attacking from all sides. Not only that, but the ghosts could do a lot of damage to you. Unlike in the Ghostbusters films and The Real Ghostbusters cartoon, where the most damage was really done using objects like trash cans. And the occasional slime of course! (He slimed me!)

Here, we have the opening cinematic of the video game, which I am purchasing for both Wii and Xbox 360, and perhaps the DS so I have it on the go as well. We’ll see. Can you tell that I’m psyched to play this game?

Right about now, you’re probably wondering why I would get both the Wii version and the Xbox 360 version. Well, there are a number of reasons.

On the Xbox 360, you play as the original Ghostbusters (important), and you have the realistic looking graphics (not that important). You also have the incredible looking cinematics, like the one above. 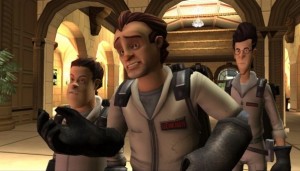 On the Wii, you play as a new recruit, either a guy or a girl (your choice), and you have stylistic looking graphics (pretty cool). You also have the ability to use your Wii remote as the neutrona blaster, and to throw the trap with the nunchuck. On top of that, there is co-operative game play.

Check out the Ghostbusters: The Video Game Wii trailer below:

Holy crap! I forgot that the Wolverine trailer was hitting this past weekend, but boy is it a doozy. I watched it with absolutely no preconceptions about the content of the motion picture itself. I […]

Ivan Reitman on Ghostbusters 3 Script: It is Complete!

More exciting news on the Ghostbusters 3 development.Â  Ivan Reitman has confirmed that the screenplay is complete for the third Ghostbusters film, which he believes could be the best of the three.Â  While I don’t […]