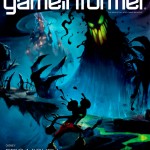 I’ve been following whatever news I can about Oswald the Lucky Rabbit since the character was brought back to Disney for the first time since Walt Disney lost the character. You see, before Mickey Mouse existed, he had created the character of Oswald the Lucky Rabbit, and when he was fired from the animation studio that produced the cartoons, he left for California where he created Mickey Mouse. What happened next? Well, Mickey is one of the most recognizable characters in the world, and Oswald is not.

But now he’s making his return in a very inventive way.

Since the return to Disney, there was a quick effort to release products featuring the character in an effort to educate the public on who exactly Oswald is. I found things at Disney stores including a statue, a stuffed animal, a canvas art piece and a cup. They also released a DVD of the old Oswald cartoons with newly composed music, as most of them were silent. They were played theatrically, presumably with a live orchestra. I also spent a bit of time, each time I was in a Disney Store, explaining Oswald to other shoppers and sometimes store employees.

And this week, this article appeared, making me very curious about the game, and instantly adding the game to my wishlist for 2010.

The choice of platform, incidentally, boils down to Mickey’s tools – paintbrushes, erasers, thinner, pencils and other artist tools – being mapped to Wii remote gestures.

But let’s rewind a bit.

Epic Mickey is a tale about the ‘forgotten’ Disney stars: the rides, the characters, the lesser-known cartoons. When nobody any longer cares, they are cast into a dark void; a forgotten world of broken machines and bitter personalities – a bit like Sid’s bedroom in Toy Story, but without the friendly furnishings.

This forgotten world is run by Oswald the Rabbit. He was Disney’s first creation, made long before Mickey Mouse, and his jealousy of the newcomer has fermented for years. Now, finally, Oswald is ready for revenge.

He unleashes The Phantom Blot to wipe out Mickey and his cartoon world. The Blot pollutes the Disney universe with sticky black ink that makes colours run and fade (as seen on the Game Informer cover), so it’s up to Mickey to restore peace and order. And this is where his tools come in.

Mickey has to draw and scribble his way through levels, mending broken bridges by applying the right colour paint or peering through walls after applying thinner. He can even clear rubble from his path by erasing parts of the world.

Our source told us Epic Mickey is a game about thinking and artwork – laterally considering your environment in order to overcome puzzles.

On top of that is a healthy dose of exploration, plus Mickey will be getting “his first makeover in years”. “That’s why no one’s seen his face yet,” our source explained, “But he’s far more retro than you’ve seen him for years.”

Ubisoft has announced a Teenage Mutant Ninja Turtles game for Wii, to be released later this year. The creative team developing it is called Game Arts, who had a hand in preliminary development on Super […]