I would love it if they released an “All-stars” version of the game series, much like Super Mario All-Stars. I’d update the already superb graphics of the original games to be cleaner and more refined, and I would add full motion videos to tell the story that sets each game in motion, only allowing you to play each sequel as you complete the last. 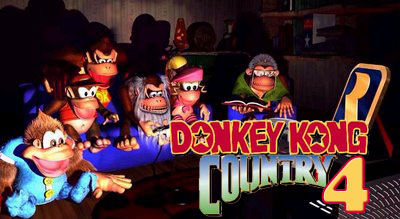 I would then culminate the adventures with a brand new DKC4, in the style of the original trilogy of games.

When it comes to the music in the games, I really liked most of the music in the DKC series, enough to own the soundtracks to them. But when putting together an All-Stars game, I would re-produce the music to have a solid, epic soundtrack. I would take only the best music from all three games and leave out the rest, either re-scoring those tracks to fit in with the beautiful score that is left over, or simply replacing it with music from another game. Case in point: Lakeside Limbo, the first stage of the game.

I would actually love the best music to be fully orchestrated, with a choir to provide added flair.

Another thing that I would do with the games, as it would all be connected, is allow for you to go back through the original games and use any of the playable characters into each of the games. But only after completing the first three DKC games. This would open up a new timing system, as it could lend itself to more secret areas becoming accessible in different areas, with the use of different characters. However, this is something that I would only add, if the first time through the game was still the same, and your time for that game wasn’t effected. I would have any extra time spent, with new bonus levels, be added to a “global time” and not an “individual game time” to keep players happy.

One thing that the Game Boy Advanced versions of the games did was to add new items to collect, such as a camera, to put together photo albums. That was a neat addition, but it was a little bit shocking to see how much it would slow down your time toward the complete percentage when finishing the games. That, I would change into a secondary, over worldly thing, in order to preserve the original gameplay from the SNES editions.

Next, for Donkey Kong Country 4, I would design the game with the same flair as the first one, and elements of DKC2 and DKC3. It would be an epic game with fun, new level-types, as well as familiar level styles.

And that would only be the Donkey Kong Country All-Stars portion. I would also allow you to scroll on, past the first 4 games, into the next collection of updated games. Donkey Kong Land, completely re-done, in the Donkey Kong Country style, with the same beautiful graphics, music and tightened controls to match those of the DKC series. That first DKL was insanely difficult at times, and frustrating at other times, as the screen would blur and you’d lose track of your character. It made things difficult when you’d press a button expecting one thing, but your character wouldn’t respond as quickly, presumably because of the limitations of the Game Boy.

I’ve wanted this in a game for over 10 years now, and I finally decided to write something about it.

Now, Nintendo is doing something interesting by re-releasing some of their GameCube titles on Wii with updated control schemes. They are calling it the “Play it on Wii” series. Among the titles getting upgrades are Metroid Prime, Metroid Prime 2: Echoes, Pikmin 1 and 2, Chibi-Robo and Donkey Kong Jungle Beat.

Perhaps it could be the first step toward my dream of seeing a Donkey Kong Country Trilogy released some day. 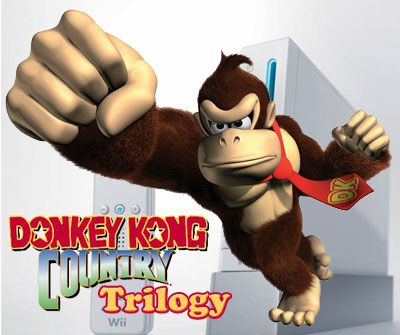 Beauty and the Beast Soundtrack Review

Every once in a while we like to try new things in order to see what you, the reader, enjoys. Here is the first “toonbox,” which will consist of soundtracks from animated films. Enjoy! In […]