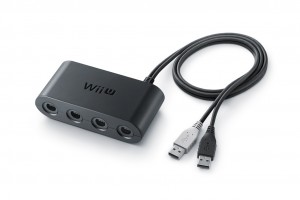 Dear fans of Super Smash Bros. for Wii U,

I feel your pain, regarding the GameCube Controller Adapter for Wii U. It’s being sold at ridiculous prices right now with very little coming from Nintendo of America as to the availability of more of this item.

But more are coming. It just might take until after Christmas before we see them on shelves. I’d say that, by May, there will be so many out there, scalpers won’t be able to sell them for more than $15.

How do I know this?

1. It’s a total sell-out as soon as it hits store shelves. Nintendo isn’t going to look at this and do nothing. They’re not a company of idiots. This is like printing money for them, and they’re going to do that.

2. They’ve designed packaging specifically for this product, and it’s got an SKU number for stores to stock it. The SKU number is 7522006, and the Model number, for those that are wondering, is WUPAGGKA.

3. They made the adapter in the first place. It required designers, testers, manufacturing and approvals for the device to be sold. The first shipment of adapters couldn’t have possibly covered the costs involved here.

4. It’s probably around $2 in parts that they can sell for $20. That’s an insane markup. All that it’s doing is translating the signals from four controllers so that the game can understand it. 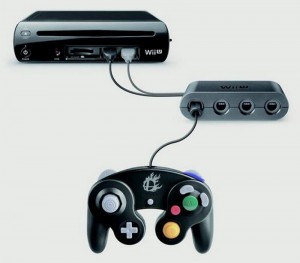 5. It doesn’t “only work with Smash Brothers.” The box art for the controller (sold separately) even says as much. From the back of the box:

The classic Nintendo GameCube controller is now updated and optimized for playing Super Smash Bros. for Wii U on the Wii U system (requires connection via aÂ GameCube Controller Adapter for Wii U-sold separately).

The GameCube controller is compatible with the Wii U, Wii, and Nintendo GameCube systems.

When used with a Wii U system, look on the back of Wii U game packaging to see which games use the GameCube Controller.

There it is… right there at the end. “…look on the back ofÂ Wii U game packaging to seeÂ which games use the GameCube Controller.” Nothing about it only being used on Super Smash Bros. for Wii U, but a strong hint that it can be used with other Wii U games. And the manual for the GameCube Controller goes on about that, basically repeating the same information, but in a slightly different way:

For Wii U, you must use Wii U software that supports Nintendo GameCube controllers. Look for this icon on Wii U game packaging for games that are designed to be used with this accessory.

And it has the GameCube controller icon next to that.

6. They are still selling the GameCube Controller Super Smash Bros. Edition. If they weren’t planning on making more of the adapters, they wouldn’t be selling these separately. Controllers that REQUIRE the use of the adapter. Which leads us to number seven.

7. They sell the GameCube Controller Adapter separately. If they meant for only the first shipment of Controllers and Adapters to satisfy all of the fans of Super Smash Bros. for Wii U, they wouldn’t have gone to this trouble. They would have, instead, created mega sets with Super Smash Bros. for Wii U, that included an adapter and four GameCube controllers. But they didn’t. They sold a version of the game that comes with one controller and an adapter with enough ports for three more. And they knew that people would purchase the GameCube controllers without purchasing the Adapter, and still be in need of an adapter to be able to use the $30 controller they just purchased for the game that it was made for.

My best educated guess is that Nintendo has put in a massive order with whatever factory it is they use to create these devices, and they’re getting the devices ready for shipping to the United States.

If I’m wrong, and Nintendo has stopped production on a product that they could sell to millions, then Nintendo owes those of us that purchased a GameCube controller from them, with the hope that we’ll find an adapter. Either a full refund, or an adapter. And the adapter would cost Nintendo a $20 sale, rather than a $30 refund.

I still can’t believe I was holding an adapter and decided to try to find the Smash Bros. bundle for a $10 savings. Now some jerk is selling that adapter for $100 to an enabler that couldn’t wait for Nintendo’s next shipment.

Anyone that tells you Nintendo isn’t making any more GameCube Controller Adapters has one for sale on ebay or Amazon for $100+.

And if Nintendo won’t continue production on it, a third party will, and they’ll eat Nintendo’s lunch for probably about $10 or $15.