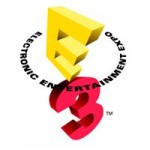 This week was Nintendo’s Press Conference at E3. The announcements that were made completely topped last year’s show and puts Nintendo on top as the definite winner of this year’s E3.Â  Last year I was a bit disappointed even though I was pleased by what was announced.Â  I was hoping for three properties to be announced that weren’t.Â  This year, those three properties were all accounted for: Donkey Kong, Kid Icarus and Zelda!

This year’s list is ridiculously long.Â  I can’t even begin to tell you how much Nintendo has just blown my mind.Â  While looking into the games that I wanted to write about, I found more games that Nintendo has announced at E3.

Donkey Kong Country Returns – I’ve been hoping for this game and it was one of the many surprises of the show.Â  I’m excited to finally have a true sequel to the DKC Trilogy of games that I love so much.

Epic Mickey – I’m more excited about this game now knowing the premise of it.Â  It looks like a unique platform game that will capture imaginations.Â  You are Mickey Mouse and you carry a paint brush that allows you to control the environment.Â  Whatever your gaming style is, it has an effect on the outcome of the game and how characters within the game react to you as you go.

GoldenEye 007 – Wow.Â  A complete re-build of the classic N64 shooter that changed first-person shooter games forever.Â  It’s effects on the gaming industry are still felt and this game should recapture the feel of the original.

Kirby’s Epic Yarn – A truly unique take on the Kirby franchise.Â  Looks really fun and stylistic.Â  Everything seems to be made from yarn in this adventure, and it gives the game an original look that is unlike anything I have seen before.Â  Kirby still has his classic moves with some new ones.

The Legend of Zelda: Skyward Sword – This will be out sometime in 2011 now, as development is scheduled to continue through the end of the year.Â  It’s going to use Wii Motion Plus and it’s going to be another great Epic Zelda game!

Mario Sports Mix – Mario characters playing Volleyball, Basketball, Dodgeball and Hockey.Â  You can even collect items to use against each other, kind of like Mario Kart.Â  This is a very exciting sounding game, though Mario Hoops 3-on-3 for the DS was very difficult and frustrating.Â  I think having Mario Basketball on Wii will make a big difference.Â  I just hope the A.I. of your teammates is actually intelligent.

Metroid: Other M – This was announced at last year’s E3 show, and now it’s very close to release.Â  I’m looking forward to playing this one.Â  It’s going to be in the style of Super Metroid from the SNES with a dash of Metroid Prime from GameCube and Wii.

NBA Jam – I loved playing this on the Super NES back in the day, and now it’s back!Â  Boom-shaka-laka!

PokÃ©Park Wii Pikachu’s Adventure – This one’s for Courtney.Â  Looks fun, though.Â  It’s an adventure set in a Pokemon Park that features attractions and Pokemon.Â  Pikachu was summoned by Mew to find missing Sky Prism Pieces to save the day.

Wii Party – Party games, horseback riding, etc.Â  All with your Mii.Â  This one features 13 different party game modes and over seventy different minigames.Â  It seems to have a variety of unique games that will make it fun to play with your friends.Â  Hopefully it becomes a staple of a game night for family and friends.

Kid Icarus: Uprising – I was hoping for this game to be announced last E3 and was surprised that it was announced this time around.Â  Looking forward to it!
Kingdom Hearts
The Legend of Zelda: Ocarina of Time 3D – While I feel Twilight Princess is the best Zelda game ever, many feel Ocarina of Time is.Â  This will be huge.
Mario Kart – Awesome, this is going to be great fun to play in 3D!
Nintendogs 3D
Paper Mario
Professor Layton and the Mask of Miracle (name not final) – I believe this is the 4th in the series of addictive puzzlers.
StarFox 64 3D

ÅŒkamiden – The sequel to Okami for Wii, it looks interesting if not different.

Professor Layton and the Unwound Future – Likely the 3rd in the series of addictive puzzlers.

As you can see from the list above, Nintendo has really made quite an impression this year.Â  The length of the list of great properties that are coming out is enough to last me for years of gaming at the speed that I currently play video games, and this is if no sequel to Ghostbusters: The Video Game is announced.

Nintendo’s Next Console is Codenamed ‘NX’; And they’re going Mobile

Nintendo announced today that they’re teaming up with a company called DeNA to bring their characters to mobile platforms. It’s going to be huge for the company, as their characters are well loved and the […]

Anybody that knows me at all knows that I’m a pretty big fan of video games. I have played video games since the old Atari and NES. This gives me a perspective on games that I don’t […]

I’ve been following whatever news I can about Oswald the Lucky Rabbit since the character was brought back to Disney for the first time since Walt Disney lost the character. You see, before Mickey Mouse […]